Education is the vehicle of hope in Guatemala

Drawn to the ruggedness, remoteness and greenness of rural Guatemala, Richard and Debbie Welch have, for the past six years, worked with that country’s indigenous population to build literacy and educational attainment in a country increasingly in the news because of the Trump administration’s concerns over the number of immigrants entering the United States from Central America. 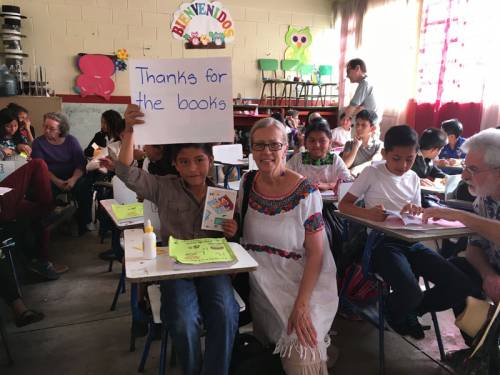 The Welches, mission co-workers and educational consultants to some of the 40 percent or more of Guatemala’s 17 million population that’s indigenous, spoke about their ministry recently at the Presbyterian Center in Louisville.

Spanish conquistadors overran present-day Guatemala in the 1500s and forced the descendants of the once great Mayan culture to serve colonial estate owners. Since gaining independence in 1821, the country has been ruled by the military for most of its history. The intense concentration of wealth and land has left the indigenous population and other poor people in rural areas almost totally disenfranchised.

Presbyterian missionaries founded the National Evangelical Presbyterian Church of Guatemala in 1882. Most Guatemalans are Roman Catholic, but there is also a sizable Protestant presence.

“Education is the vehicle of hope in Guatemala,” Debbie Welch said during the couple’s presentation. “It’s a privilege to go to school. A lot of kids can’t afford it.”

Her husband told the story of an indigenous woman who’d never completed her primary school education. She told the Welches that her parents didn’t want her because they couldn’t afford to raise her. 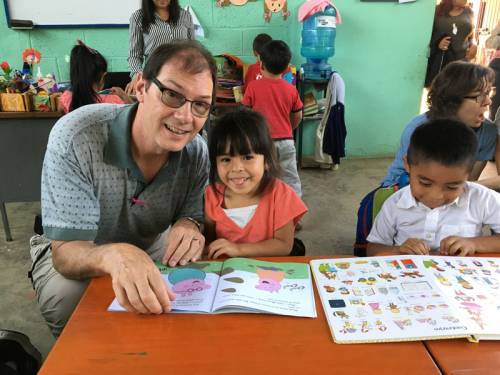 A group Richard Welch compared to “the Presbyterian Women of Guatemala” has scholarships for women like this one, who’d worked as a domestic because it’s the only job she could find. After volunteering for a while in a church kitchen, the woman is determined to embark on three years of training that will qualify her to be a restaurant chef.

Indigenous would-be pastors are also being educated an additional three years beyond what’s typically an indigenous Guatemalan’s sixth-grade education. Richard Welch said one, Sebastian — whom he labeled “an amazing evangelist” — asked Welch once what’s different about Presbyterians. Well, Welch told Sebastian, when Presbyterians meet in mid councils or at General Assembly, they have both voice and vote. Sebastian’s eyes grew wide.

“That was extremely empowering for an indigenous evangelist,” Welch said.

Debbie Welch said some indigenous women, isolated and lonely in their small villages, never learned to weave. Mission co-workers soon learned that weaving classes gave the women the chance to talk as they learn. When people visit from the U.S. and elsewhere, the indigenous women love to teach visitors what they’ve learned about weaving, she said.

One Guatemalan synod executive put it this way: “You have no idea how much it means to us that you took interest” in educating indigenous people, she said.

After sixth grade, education for indigenous Guatemalans “gets kind of iffy,” she said. The Welches work to bring books to school libraries where books are in short supply. They’re also involved in teacher training. “They’re gifted teachers,” Debbie Welch said of the indigenous teachers she’s met. “They just need tools.”

“We talk to moms all the time,” she said. “They tell us their greatest desire is education for their children.”

She added, “We are waiting to see how God is moving in this story.”

Dear God, thank you for raising up prophets in our midst to bring us good news. Accompany them in their journeys and strengthen their ministries. Through Jesus Christ our Lord. Amen.