Staff: ‘It’s the best week of ministry we do, because the children’s gratitude is infectious’

As president and CEO of Presbyterian Mo-Ranch Assembly, a camp and conference center on 500 acres along the Guadalupe River in Hunt, Texas, Dick Powell had a problem.

Children from the Rio Grande Valley weren’t coming to Mo-Ranch for camp in any recognizable numbers.

Anglo pastors from the Rio Grande Valley told Powell the main reason children weren’t coming was the many 12-mile checkpoints along U.S. highways near the Mexico-U.S. border.

The parents of children born in the U.S. and attending Presbyterian churches were worried that they might not have the right documentation — or that if they sent their kids to camp, the children might not come home.

Powell found himself blurting out, “Then we’ll take our camp to them.”

But Powell wondered how he’d get it done. He knew about the history of the valley. The Anglo and Hispanic churches didn’t work together because of years of division, and the Hispanic churches tended to be small — sometimes they held only one or two families. 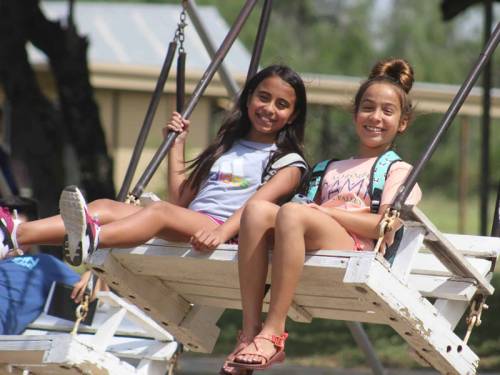 Campers in the Rio Grande Valley say they’re grateful to Mo-Ranch for bringing camp to them. (Contributed photo)

After thinking it over with his staff, Powell told pastors in the valley that he wasn’t going to do an Anglo or Hispanic camp. But he would bring one camp to them if they supplied the people and came together to plan it.

The sales manager for Mo-Ranch, Blanca Barrera, who was born in Piedras Negras, Mexico, and is now a U.S. citizen, went down to the valley to talk with those who had been at the meeting.

She was key in building trust with the families.

The first year, 36 children stayed at the camp. The number jumped to 62 in the second year. Last year, organizers had space for 70, but 93 children wanted to attend for the week — and Mo-Ranch made the space for them so that no child was turned away. This year, to keep up with the growing demand, organizers have been asked to do two one-week camps.

According to Powell, taking camp to the children in the Rio Grande Valley has turned Mo-Ranch around. What the Anglo and Hispanic families wanted for their children — to grow in Christian living, collaboration, communication, creativity and critical thinking — has become Mo-Ranch’s 5 Cs for camping and is now being implemented in all of Mo-Ranch’s summer camping programs. This emphasis is deeply impacting children’s lives. As a result, they’re literally outgrowing their campus space.

When the opportunity to take camp to the valley presented itself, Powell had been asking Mo-Ranch staff questions like, “How do we get people to come here? Are we making a difference in people’s lives? Are we strengthening the local churches?” 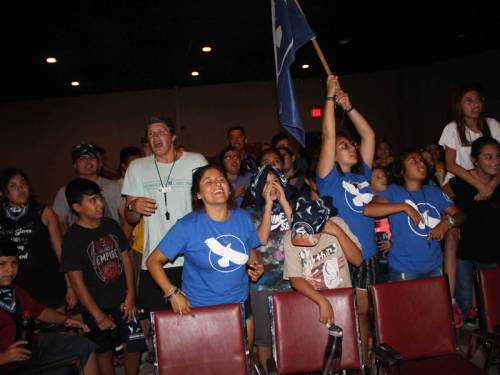 Taking 30 counselors with up to four vans packed with equipment and driving five hours to set up camp in a place no one was familiar with initially seemed impossible, he said. But he knew it was a way for Mo-Ranch personnel to think differently about what they were doing.

Across the board now, Mo-Ranch support staff, nurses, cooks and counselors tell Powell that taking camp on the road is the best week of ministry they do.

“They say, ‘It’s because of what they get from children,’” says Powell. “Their gratitude is infectious. Our staff had campers come up to them and say that they had never experienced this type of support or had anyone say they were proud of them.”

Mo-Ranch spends about $40,000 for its week-long camp in the valley. On average it spends $25 on each camper and counselor, per day, on lodging alone.

Despite the cost, the camp has been underwritten for each year through the generosity of Mission Presbytery, churches, foundations and individual donors.

Mo-Ranch is launching a $5 million capital campaign for space to accommodate its growing number of campers and to ensure the future of programs like this. Within the capital campaign plan is a $1.5 million endowment to fund Mo-Ranch Camp in the Rio Grande Valley and underwrite its youth programs so that they will be funded in perpetuity.

Gracious God, we thank you for providing us gifts to share and the strength to serve you faithfully. Amen.