The Mission Budget — How Presbyterian Mission Is Funded 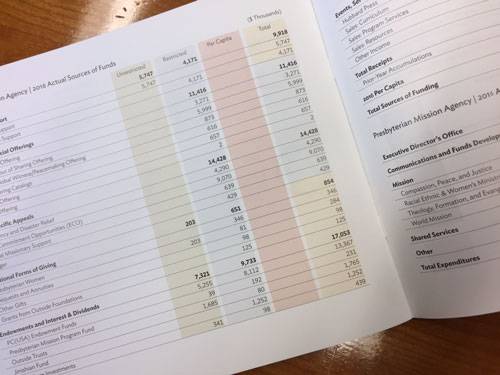 The Presbyterian Church (U.S.A.) is able to do its mission and ministry work thanks to the generous financial support of individual members, congregations and mid councils (presbyteries and synods). These gifts taken collectively constitute Basic Mission Support.

Another small component of the Mission Budget is per capita, a way of sharing the costs that equitably belong to the whole Presbyterian community. It has been said that per capita apportionment is like a utility bill. Just as we pay for heat, light, water and telephone in order to remain connected to the utility systems and benefit from the services provided, we also pay per capita so that the Presbyterian system can function on behalf of all of us. It is the necessary linkage in our connectional system. Each presbytery is responsible for the timely payment of per capita for the current year.

Consolidated Financial Statements and Supplementary Schedules, with Independent Auditor’s Report, for the years ended 2019 and thereafter will be posted on the A Corp page. The 2019 financials can be viewed here. 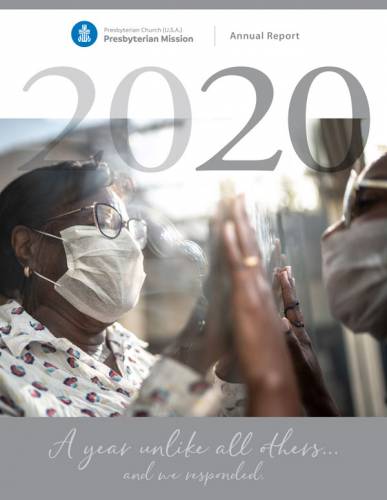 Read about highlights of the work of the Presbyterian Mission Agency in the 2019 Annual Report.
View/Download
Previous annual reports

The 209th General Assembly (1997) approved a process by which governing bodies could apply directly for the use of certain restricted General Assembly funds. The report further provided that funds “identified as consistent with the ongoing mission of a General Assembly entity [assigned funds] … are generally not on the table for partnership consideration.” Those remaining funds that are unassigned are made available using an extensive process, which is mailed to all governing bodies and is posted on the Presbyterian Mission Agency website each year by March 1.
Documents to be posted are as follows: