Session stands up to racism

School board letter gets noticed 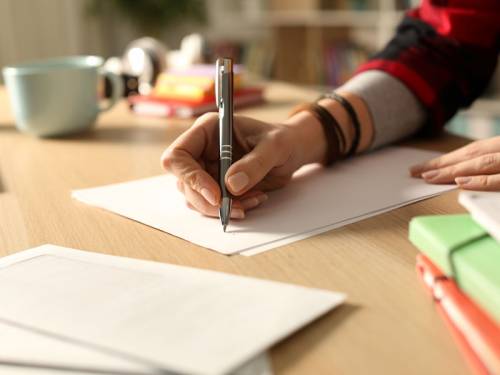 Dietrich Bonhoeffer, the German theologian who was hanged for his role in seeking to overthrow the Nazi regime during World War II, once said, “Not to speak is to speak.” Yet the fear of losing members and pledges keeps many congregations silent when it comes to championing the causes of God’s hurting children. The Presbyterian Church of Deep Run in Perkasie, Pennsylvania, is not one of those congregations.

Last September, the elders of session voted to embrace one of the three Matthew 25 calls to action — dismantling structural racism — in a bold way. They wrote a letter to the local school board conveying their concern with the board’s decision to disband a Diversity, Equity and Inclusion (DEI) committee. Rather, an ad hoc committee would be formed to explore if diversity was an issue in the predominantly white community. For the Rev. Dr. Kristopher D. Schondelmeyer, that “if” was unsettling. He shared his concern with his session during his pastor’s report. “I wanted to let my elders know that, as a parent, I was probably going to do something,” said Schondelmeyer. But when the elders responded with “What can we do as a church?” the pastor embraced the opportunity.

“We began talking about how we committed to dismantling systemic racism as a Matthew 25 church and that what we were seeing in our community was racism on full display,” said Schondelmeyer.

It was decided to write a carefully crafted letter to the school board, one that would hopefully begin what Schondelmeyer calls a “compassionate conversation.” The letter not only addressed the “embedded biases” but shared with the school board the church’s Matthew 25 commitment to work for racial justice. In addition to the school board letter, an op-ed piece was sent to the local paper.

Not everyone was thrilled with the church’s public statements. Within the congregation and without, the pastor received negative feedback. “Even the community’s ecumenical clergy group felt that the Presbyterian Church of Deep Run’s letters were too forward,” said Schondelmeyer.

Still, the positive outweighed the negative. The letters led to the church’s adult education offering a community discussion on race. More than 25 people attended, said Schondelmeyer. “I began hearing from others outside of the church, many thanking us for opening a space to have these talks. One person even thanked me for making it easier to talk about race,” he said.

As the Presbyterian Church of Deep Run moves forward as a Matthew 25 congregation, it is learning valuable lessons along the way. The congregation has discovered that the way to congregational vitality — another focus of the Matthew 25 vision — is often found in taking risks. Since the letters addressing structural racism within its community, the church has welcomed several new families, all under the age of 35. “Half of those who have recently joined us said they have come because of our church being active in public life,” said Schondelmeyer.

God, tend to your seedbeds wherever you have planted them. When the wind blows, allow the plants to spread the goodness of your work in this world. Bring all your people and their worlds into your harvest. In Jesus’ name. Amen.