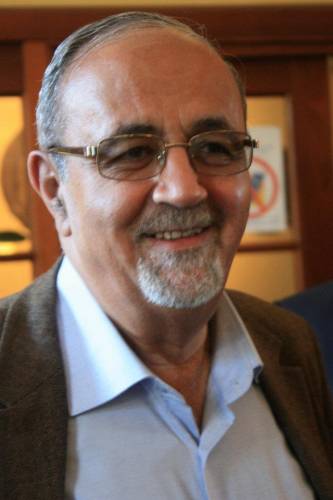 Like thousands of other Palestinians, my parents experienced dispossession and became refugees because of the Nakba (disaster) that befell the Palestinian people and society on May 15, 1948. Becoming refugees and seeing the disintegration of all that you used to love is a very difficult transition. Spiritual guidance and comfort are a resource that I witnessed both my father and mother use to recoup and go on. But it was not an easy process. I often accompanied my father to the nearby Holy Sepulchre where the saga of Crucifixion and Resurrection happened. Our home of refugee was just minutes away from the church and it became essential for my parents to reinvigorate themselves by visiting the church frequently to recover from the trauma of dispossession and refuge. The model that my parents offered was one of faith, despite all odds.

Palestine and the Palestinian people have been on the trek of transition since the Nakba day in 1948. The experiences of the first generation of refugees from the 1948 Arab Israeli war, which saw the disintegration of Palestinian society and the ingathering of the Jews in the nascent State of Israel, pointed to two opposed processes. On the one hand, there was rebirth, and on the other, there was death and disintegration. The essential question remains can these two conflicting processes be reconciled? Healing remains needed to reconcile to trauma and dispossession experienced by Palestinians. It is needed also as a means of acknowledging the narrative and pain of the other by the Israelis. Healing is a mutual undertaking and religion can have an instrumental role in the process. The model of my parents, and I am sure that of countless others, who reverted to their belief and faith to overcome remains to be explored by more Palestinians and Israelis.

Disasters, Nakbas, are part of our collective experience and recollection. Now that our world experiences conflict in Europe, the Old Continent, in countries of the Middle East Syria, Lebanon, the Palestinian Occupied Territory as well as in Yemen and Libya among others. With climate change and the millions affected in Africa and all over, we all need to learn from the lesson of Resurrection and to rise together to face the challenges of a world in crisis.

For us, in Occupied Palestine and in Israel, we have a particular challenge: how to make of Nakba day a day for coming together; acknowledging each other and overcoming decades of conflict and communal confrontation. We need each other, as our populations increase and as our land, the Holy Land, remains limited in its resources. Nakba day is not simply a day for recollection, but it is also a day that calls for recouping and for exploring ways towards a future of healing where occupation is no longer and where reconciliation becomes in order.

Dr. Bernard Sabella, Director of the Department of Service to Palestinian Refugees of the Middle East Council of Churches, retired associate professor of Sociology at Bethlehem University, living in Jerusalem with his wife, Mary

As in the promise of Revelation 21:2–4 that the old order of things will pass and so in Palestine and Israel: “I saw the Holy City, the new Jerusalem, coming down out of heaven from God, prepared as a bride beautifully dressed for her husband. And I heard a loud voice from the throne saying, “Look! God’s dwelling place is now among the people, and he will dwell with them. They will be his people, and God himself will be with them and be their God. ‘He will wipe every tear from their eyes. There will be no more death’ or mourning or crying or pain, for the old order of things has passed away.”