Loving the Lord our God with all our heart, soul, mind and strength 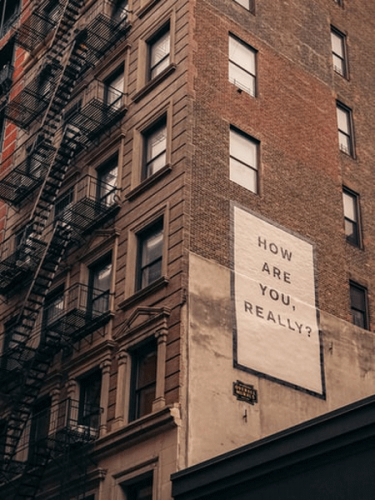 Photo by Finn via Unsplash

More than 750 people were present online for the daylong Mental Health and Asian Americans Conference recently put on by the Center for Asian American Christianity at Princeton Theological Seminary.

Kim began by rhetorically asking the faith leaders present whey they should care about mental health. The obvious answer is that it’s affecting significant amounts of the people in their congregation or worshiping community:

According to NAMI, the National Alliance on Mental Illness, 1 in 10 young people experience periods of major depression.

One in 25 Americans lives with a serious mental illness, such as schizophrenia, bipolar disorder or major depression.

One in five youth ages 13–18 will have a serious mental health challenge.

More than 4 in 10 people 65 and older say they feel lonely on a regular basis.

Since the pandemic began, 55% of adults report having “little interest in taking pleasure in doing things,” Kim said. “None of us are immune from this.”

Asian Americans are in a “double bind,” Kim said, when they’re viewed stereotypically as both “perpetual foreigner” and “model minority.”

“We have to think about the forces that push us and keep us vulnerable,” Kim said. “Mental health is where we sit at the intersection between those two things.”

Leaders of faith communities ought to be increasing literacy rates both in matters of race and mental health, Kim said, focusing on “how those factors impact those we are preaching to every week.”

Although statistically the rates of depression and anxiety are up among Asian Americans and others during the pandemic, “as a church we need to understand we may not have people falling apart before our eyes,” Kim said. Students may be bringing home A+ report cards, “but in our community, grades are not necessarily a marker of their well-being.”

More than two years into the COVID-19 pandemic, “we have survived a whole lot, and kudos to you,” Kim told the gathered faith leaders. “This is where God’s grace is.”

But keep in mind that if 100 people show up for worship on Sunday, 26 of them will be suffering from a diagnosable mental illness or will this year. “We aren’t above it,” Kim said, “just because we’re tethered to Christ.”

“The fact that we have emotions is a sign of how emotive God is,” Kim said. “When socially and emotionally we are not doing well, the other parts often fall apart. All the pieces are interlinked.”

In the U.S., nearly 80% of Korean Americans belong to a Protestant church. Rather than seeking a therapist because of a mental health challenge, “they come to you, like it or not,” Kim said to church leaders in attendance.

What’s the faith leader to say? They might start with, “I want to accompany you in the process, but I also want to connect you with someone with training to give you that support,” Kim suggested, adding this possible line: “We can pray and look into God’s Word.”

“That’s the holistic approach we need to get people healthy again,” Kim said.

Faith leaders can see themselves as first responders, Kim said, when they know the signs, learn the actions and are a lifeline to those who are seeking help.

“We need to be familiar with what youth and the elderly are going through,” Kim said.

Gracious God, as sisters and brothers come together, we pray that you will wrap your loving arms around each of them as they worship, work and share with one another. In Christ’s name. Amen.