‘Why does the church need youth ministry?’

During an APCE pre-event, youth workers reflect on helping parents encounter the humanity of their children 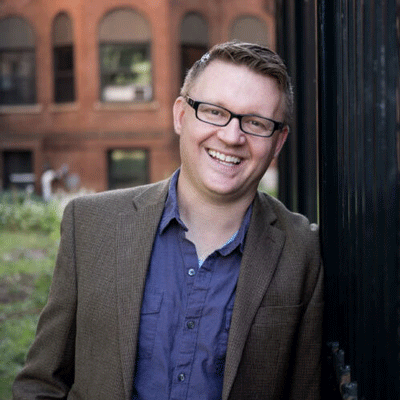 Gina Yeager-Buckley began the conversation on “Why does the church need youth ministry” with the Presbyterian Youth Workers Association by asking participants to describe what their stories would have been like without it.

Comments in the chat room at the hybrid pre-event the day before the launch of the annual event of the Association of Presbyterian Church Educators centered on being cared for. Then a person at the event in Chicago described how their youth minister was the first person who took an interest in them apart from their accomplishments.

Yeager-Buckley, the Presbyterian Mission Agency’s associate for Presbyterian Youth and Triennium, was a co-panelist for the discussion, along with Dr. Andrew Root, professor of youth and family ministry at Luther Seminary in St. Paul, Minnesota.

As Root listened to the person describe their youth minister, he asked, “But why was it necessary for North American Protestantism to have youth ministry?”

According to Root, youth ministry was a cultural constructive response to the way the middle-class culture formed, particularly after World War II.

“We all in one way or another are still living after 1968,” he said. “The youth movement did something quite amazing to our cultural consciousness and something pretty radical to Protestantism.”

As church people saw how their children were from a very different cultural world than they were, Root said they decided this generation gap had to be addressed.  So, they hired specialists — youth ministers — to help fill that gap.

“It wouldn’t have made any sense in the 19th century to say your job isn’t to pass your faith on to your children, but to outsource it,” he said.

Describing one of the great influences on his thinking, Root turned to Dietrich Bonhoeffer. The Lutheran pastor and theologian had a ministry with children and youth from 1925–1939. He was executed on April 9, 1945, for his resistance to Hitler and the Nazi regime.

“Bonhoeffer said that ever since the day of the youth movement in 1900, that the church had been more obsessed with the youth spirit than the Holy Spirit,” Root said. “Think about America now, and how many believe that church can only be vibrant and have life if it has younger people.”

For Root, if there isn’t reflection, the potential damage of youth ministry is that youth workers actually perpetuate the generation gap by giving the church the commodity of the youth spirit. This gets parents and guardians off the hook for encountering the humanity of their own children.

“It’s what one of you said about your youth minister embracing your humanity and seeing you as a person,” he said.

Near the end of the first session of their APCE pre-event, PYWA members began to discuss best practices for helping parents enter the process of faith formation with their young people. They also spoke about how the pandemic has affected them, and how young people have lost nearly three years of faith formation.

But somehow, through these losses, Yeager-Buckley said she sees young people developing grit.

“They’re digging deep into their friendships,” she said. “They’re learning how to be at home without going crazy.”

And while they have had pressure like no other generation, Yeager-Buckley believes going through the pandemic in their formative years is not all bad.

“In 10 years, this experience of loss will make them more powerful, faithful and courageous faith leaders,” she said.