Presbyterians for Earth Care says ‘the time is now’ to cherish Creation, cut carbon and speak up 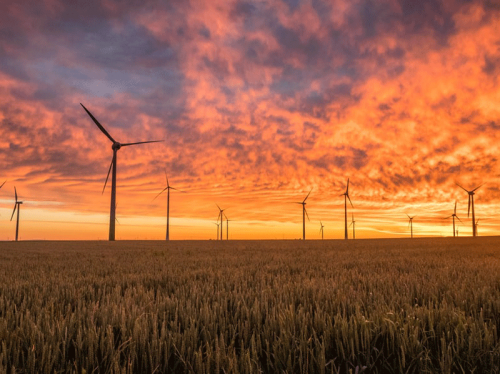 Presbyterians for Earth Care has joined a growing list of Presbyterian Church (U.S.A.) groups calling for a speedy divestment from companies that contribute to the production of the two major greenhouse gasses, carbon dioxide and methane.

Nearly 80 people attended a recent webinar to learn more about PEC’s proposed overture, “The Time is Now to ‘Cherish Creation, Cut Carbon and Speak Up.’” Read the proposed overture and its rationale here.

For now, PEC members said during the webinar, the proposed overture has been written to promote conversations for the 225th General Assembly, set for this summer both online and in person for committee work at the Presbyterian Center in Louisville. more about the overture process here.

Earlier this year, the Presbyterian Committee on Mission Responsibility Through Investment recommended the Presbyterian Mission Agency Board and the General Assembly approve five companies — Chevron, ExxonMobil, Marathon Petroleum, Phillips 66 and Valero Energy — to be added to the PC(USA)’s Divestment/Proscription List.

PEC’s proposed overture has nine recommendations. Among them:

Repent of Presbyterians’ participation and growing complicity in the processes that have “brought our planetary ecosystem to the tipping point” of unsustainability for humans and mass extinction of other species.

Direct that all PC(USA) financial investments be withdrawn from industries that contribute to the production of carbon dioxide and methane, and “effectively end our investment in the production and use of plastics.”

Direct the Board of Pensions of the Presbyterian Church (U.S.A.) and the Presbyterian Foundation to increase investment in low carbon emission renewable energy, energy efficiency and energy storage “in ways that complement policies to transition workers in our present fossil fuel industry into ‘green’ and sustainable energy sector employment.”

Urge congregations and members “to become the needed, faithful change we seek by being carbon neutral, net-zero or even climate positive by 2030” and encourage congregations worshiping in historic buildings to retrofit their structures.

Advocate through the Office of Public Witness, the Presbyterian Ministry at the United Nations and other denominational offices “to assist economically developing and emerging countries with recovery” from loss and damage resulting from the industrialized countries’ “disproportionate impact on climate change” as a “new and proactive stewardship of the Earth.”

Direct OPW, PMUN and the Presbyterian Hunger Program to develop a 10-year “strategy of accompaniment and advocacy” before, during and after each of the annual UN Climate Conferences, utilizing both PC(USA) deployed staff and colleagues with the World Communion of Reformed Churches and the World Council of Churches.

“I think it’s important for us to contribute to the voice of the religious community,” Milligan said. “We need to stay on the case and coordinate the voice and representation for feedback into this [COP] conversation.”

“Being at COP26 in Glasgow, you could smell the complexity and the different interests and positions of the nations involved,” Paetzold said. “We in the faith community felt strongly [the importance] to see not only climate change but also social issues, the issues of global justice.”

But transformation will require resources, and for some, these resources are limited, Paetzold said.

“We need to see both sides of the coin to include developing countries, women and Indigenous communities who are the least protected and the most affected by climate disasters,” Paetzold said. “We must include them in economic benefits and not exploit them again.”

God of grace, we trust in your provision for us and all creatures. Help us to answer your call to work for Sabbath, jubilee and life for all Creation. Amen.