Living with the mind of Christ

What if we followed Paul’s advice?

“If then there is any encouragement in Christ, any consolation from love, any sharing in the Spirit, any compassion and sympathy, make my joy complete: be of the same mind, having the same love, being in full accord and of one mind. Do nothing from selfish ambition or conceit, but in humility regard others as better than yourselves. Let each of you look not to your own interests, but to the interests of others. Let the same mind be in you that was in Christ Jesus.” — Philippians 2:1–5 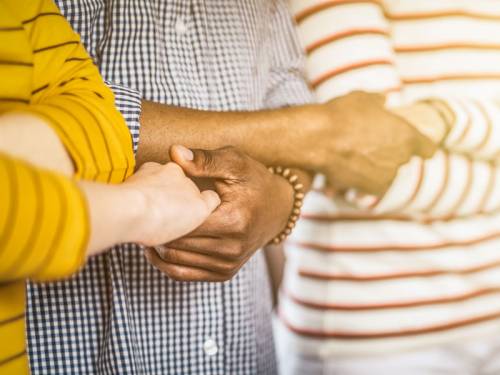 It’s funny how things that you experienced as a young person — that didn’t seem so important at the time — pop up in your later years and remind you of the kind of person you are called to be. So it is that this passage from Paul’s advice to the Philippian Christians has come flooding back to me as I was reflecting on the terrible conflict that continues to poison our society, both in our country and around the world. This conflict is being fueled by many things, among them the debates within many state legislatures on whether “critical race theory” should be in classrooms. Critical race theory basically looks at how racism has shaped public policy. The reality is that there is no adequate term to remind us that racism has been a fact of life for every human community that has existed. The people of Paul’s day — Jew, Gentile, Greek, Roman — were haunted by the reality of ethnic, racial and social differences, and every conflict over those differences was rooted in bald-faced racism. The history of our own nation is tarnished by the impact of social and ethnic differences. Many of our own forebears have been complicit in justifying the enslavement of people of color, and others have invoked the “Doctrine of Discovery,” which suggests that the confiscation of land occupied by Native peoples in the name of progress had the blessing of God.

How far, then, have we come, as followers of Jesus Christ, in repenting of the sins of our forebears and seeking ways to repair the damage of those actions? How will some help to heal the breaches among us? It’s a tall order. It always has been, because those who hold power in every society find it hard to share that power or, in some cases, give up control altogether.

What if we tried to move forward with the advice Paul has given us: In humility, regard others as better than yourselves, looking not to our own interests, but to the interests of others. What could happen in our schools, in our churches, in our neighborhoods and in our communities? Critical race theory would not even be on the agenda if we could live out the calling of our Lord.

For those you have called to lead your church, O God, we give you thanks. Be with those who teach, preach and care for the least of these. And to all of your children, give the peace of Christ and the community of the Holy Spirit. Amen.