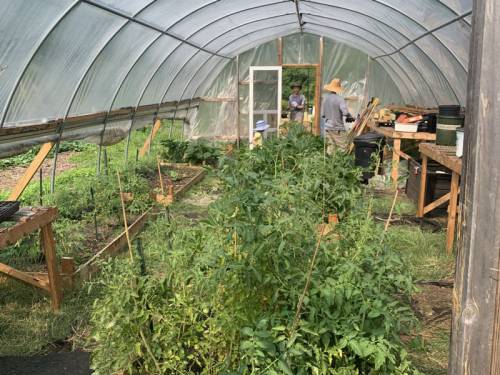 At the end of 2019, a pastor friend of mine was bemoaning finding volunteers for a garden project. “I like to garden,” I told him, not realizing what I was stepping into. A month later, he introduced me to the Rockrose City Farm —  one of several community farms throughout Baltimore that was once a rock quarry, then later a baseball field. It eventually became a community garden with individual plots and one central plot called the “Charity Garden.” The Charity Garden had been maintained by a couple who attended my friend’s church. The church inherited the garden after the couple retired to Florida.

Lord, give us the willingness to love others to the point of sharing our faith intimately with them in deed and in words. Help us to appreciate the least of these in our midst. Amen.