Against a backdrop of recent news events involving North Korea, members of an ecumenical delegation are reflecting on their recent trip to that country.

The six-person international ecumenical delegation, composed of representatives of the World Council of Churches (WCC) and the World Communion of Reformed Churches (WCRC), visited Pyongyang May 3–7, at the invitation of the Korean Christian Federation (KCF) of North Korea. 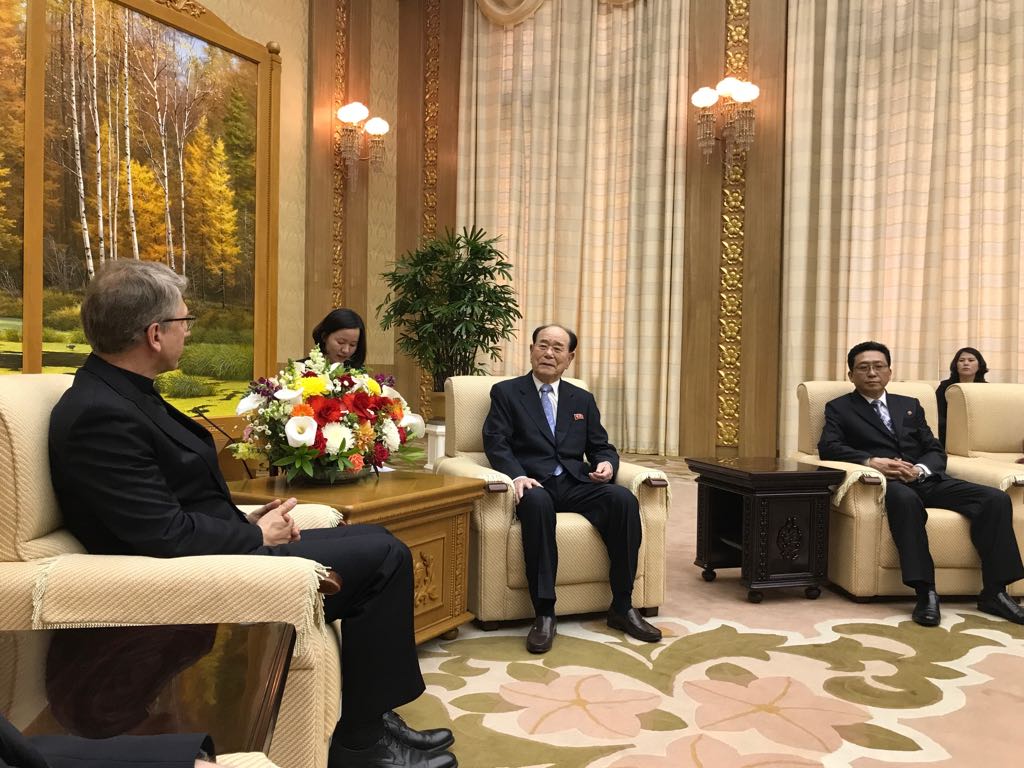 The visit took place shortly after the Inter-Korean Summit at Panmunjom on April 27, at which South Korea President Moon Jae-in and North Korea leader Kim Jong Un signed the Panmunjom Declaration for Peace, Prosperity and Unification of the Korean Peninsula.

In a statement published after the visit, the delegation said: “We give thanks to God that today we are able to celebrate . . . the political commitments expressed in the Panmunjom Declaration, encompassing so many long-held ecumenical hopes and aspirations for peace on the Korean Peninsula, including especially the commitments to joint efforts to alleviate military tensions, to promoting inter-Korean exchange and cooperation, to achieving a peace treaty to replace the 1953 Armistice Agreement, and the solemn declaration that there will be no more war on the Korean Peninsula.”

The statement added: “We celebrate and affirm the joint declaration of commitment to realizing, through complete denuclearization, a nuclear-free Korean Peninsula — in the context of our efforts for a nuclear-free world through advocacy for universal ratification and implementation of the Treaty on the Prohibition of Nuclear Weapons.”

The delegation saw the Inter-Korean Summit and its outcomes as an almost miraculous opportunity that could lead to peace in the region, after years of dangerously escalating tensions. “We visited Pyongyang in a beautiful new spring season, not only in the natural world but also in the relations between the people and governments of the Korean peninsula,” said the Rev. Dr. Olav Fykse Tveit, general secretary of the WCC. “We know that spring is also a season in which to work, to ensure that we reap a good harvest of what has been sown.”

The Rev. Dr. Chris Ferguson, WCRC general secretary, added: “Together, the WCC and the WCRC are committed to mobilizing our churches around the world in support of these new steps towards the peace that we have so long sought and desired for the people of the peninsula and the northeast Asian region.”

The delegation urges “all churches, all Christians called by our Lord Jesus Christ to be peacemakers, and all people of good will around the world to join in supporting the Korean-led initiatives for peace expressed in the Panmunjom Declaration, as a foundation and framework for achieving a sustainable peace for the Korean people, for the region, and for the world.”

Dear Lord, we give thanks for peacemakers in our world. Guide us, that we may serve as peacemakers everywhere you lead us. In Jesus’ name we pray. Amen.