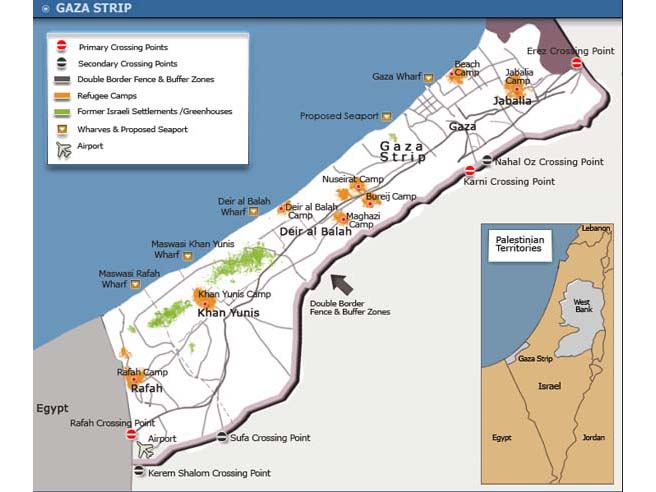 Saying Palestinians have a right to demonstrate peacefully and with dignity in their decades-long conflict with Israel, the Presbyterian Church (U.S.A.) has joined more than a dozen other Christian denominations and organizations in a joint statement calling for an end to violence in the region.

Earlier this spring, Palestinians began several weeks of planned nonviolent demonstrations in the Gaza Strip near the fence with Israel. In the first two weeks of the protests, more than two dozen people were killed and thousands injured.  The demonstrations commemorated the 1948 displacement and dispossession of 750,000 Palestinians.

“More than 1.3 million of Gaza’s nearly 2 million people are refugees,” the joint statement reads. “The Gaza demonstrations are an assertion of Palestinian rights: the rights of refugees, the right to demonstrate peacefully against injustice, and the right to live in and with dignity, not under closed military confinement or blockade.”

The statement urges the U.S. government to do more to protect Palestinians and to defend their rights.

“The United States stood by and allowed Israel to carry out these attacks without any public criticism or challenge,” the statement says. “Such U.S. complicity is a continuation of the historical policy and active support for Israel’s occupation and U.S. disregard for Palestinian rights. This complicity builds resentment and damages U.S. national security. Palestinian refugees have the right to return to their homes, and compensation for loss of property, as laid out by the U.N. General Assembly.”

The denominations and organizations represented by the statement say they have worked for justice, peace and equality and will continue to do so.

“We reject the use of violence by individuals, groups or states,” the statement says.

The statement includes the following:

The Rev. Jimmie Hawkins, director of the PC(USA) Office of Public Witness, says the situation between Israel and Palestine is devastating.

“It wounds the soul to realize that the highest form of morality based upon faith has been given to the world by the inhabitants of this land, and to witness Palestinians being treated with such brutality and cruelty,” he said. “Palestinians have become strangers in their own land, and Israel is in danger of becoming that which it has stood against since its conception, the oppressor of innocents. Israel must be the land where both people live side by side in peace, cooperation and mutual benefit. But Israel must first stop utilizing overwhelming force as its primary response to any call for Palestinian justice and equality. The violence must end!”

God, we pray for your church in all places and thank you for the opportunity to join with our brothers and sisters around the globe to do your work in the world. Amen.