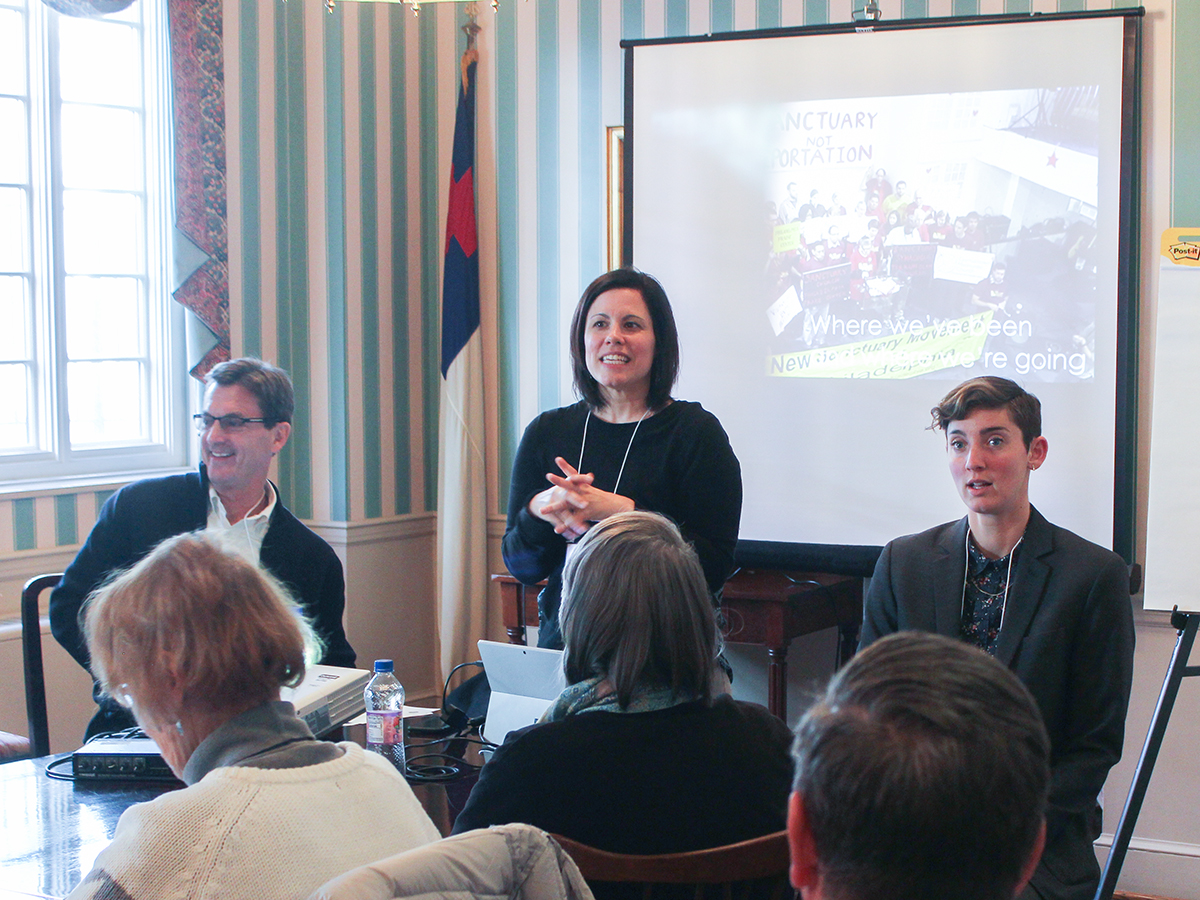 John Lentz, pastor of Forest Hill Presbyterian Church in Cleveland Heights, Ohio, joins Amanda Craft with the Office of the General Assembly and Nora Leccese with the Office of Public Witness for a workshop on the sanctuary movement. (Photo by Rick Jones)

Forest Hill Presbyterian Church has always been progressive, according to pastor John Lentz. The Cleveland Heights, Ohio, church found itself having to make some tough decisions in the past year when a woman in their community faced deportation.

“Our call to do work with immigration and refugee issues began during the Trump era, especially after the proposed travel ban,” said Lentz. “In July, we heard about a woman born in Mexico who left the country at the age of 15 because of violence in her community.”

After years of living in the U.S., Lentz says the woman migrated to the Cleveland area.

“She was known by ICE (Immigration and Customs Enforcement) as far back as 2011 and had checked in every year as she was required to. She was considered low priority with four American-born children,” he said. “They had purchased a house and invested their lives in the community, paying taxes, but not receiving any benefits.”

During her regular check-in with ICE last July, Lentz says the woman was told she was being deported and a monitoring bracelet was placed on her ankle.

After meeting with church leaders, Lentz says they made the decision to provide sanctuary for the woman so she would not be separated from her family. Members took two Sunday school rooms and converted them into an apartment and the woman moved in last September. 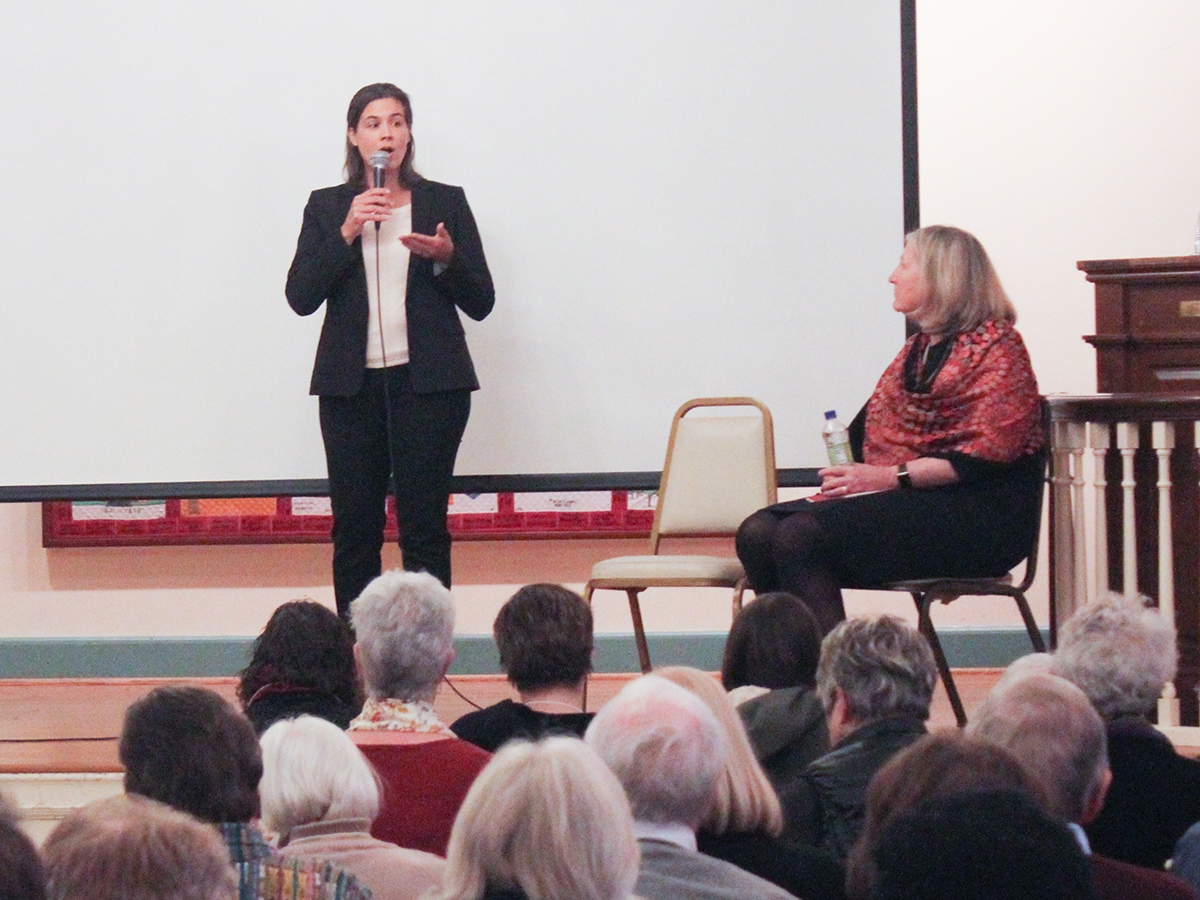 “We felt a sense of commitment to this and were willing to do whatever it took to ensure she was safe. Some churches don’t want to call attention to the issue, person or anger ICE, but we wanted to make it public and felt it was an act of declaration that protected her. We were also very open with city and police officials about what we were doing,” said Lentz. “We wanted to raise the issue in northeast Ohio, that we will not be in the shadows about this. But the key is to empower and welcome our guest. She was and is at the center of any key decisions we’ve made, including going public.”

Lentz described his church’s involvement during one of the workshops at Compassion, Peace and Justice Training Day in Washington, D.C. He told attendees that although the church has been blessed, housing immigrants facing deportation requires full commitment from everyone involved.

“It has to be at the core of your mission of how you understand the gospel,” he said. “You have to have capacity, the room and commitment.”

CPJ Day attendees also heard some gloomy news about one agency’s efforts to help improve the lives of Palestinians. Elizabeth Campbell, director of the United Nations Relief and Works Agency (UNRWA) Washington office, told the group that her office has lost a significant amount of financial support from the U.S. government to provide education, food and health care for Palestinians in Gaza. 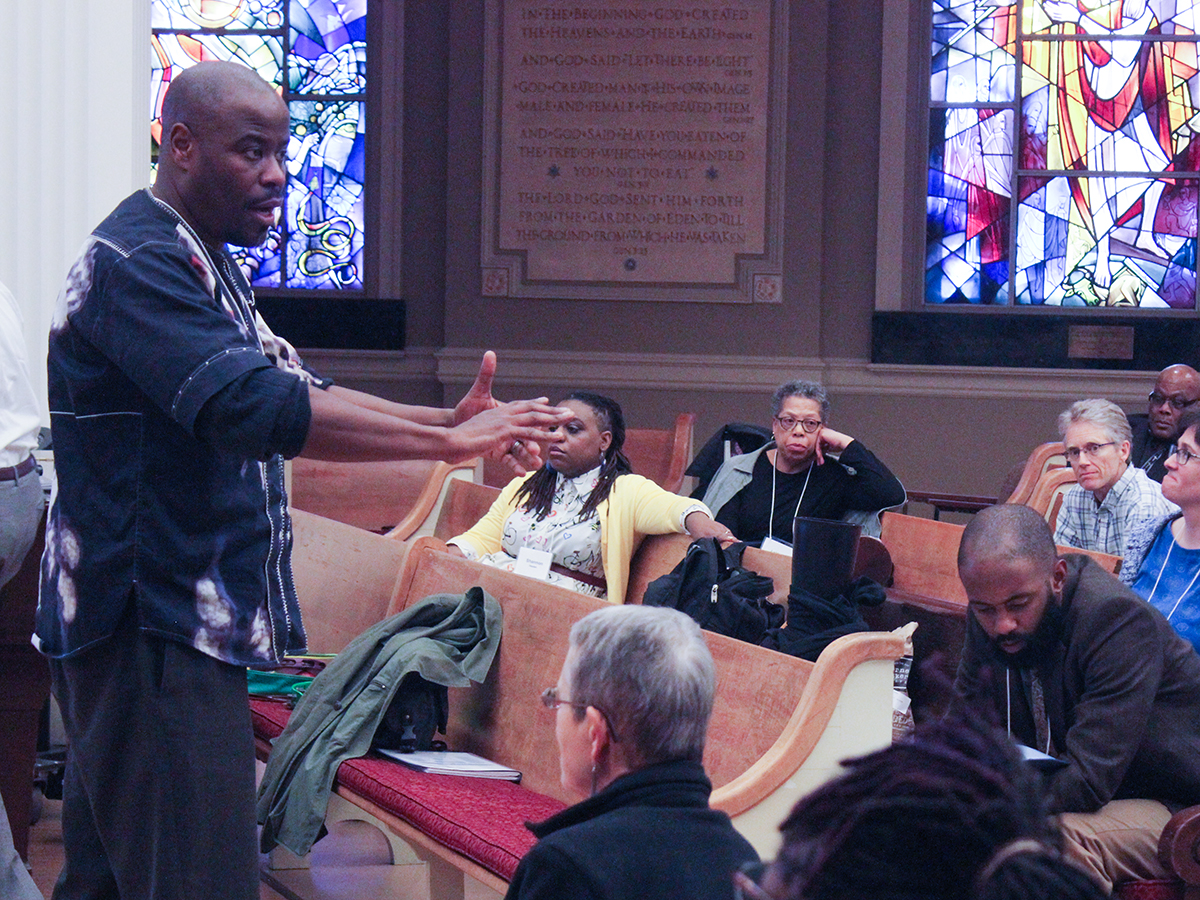 Alonzo Johnson, coordinator for the Presbyterian Committee on the Self-Development of People, led a workshop on bridging the gap between the church and mass incarceration. (Photo by Rick Jones)

“This year, for the first time in U.S. history, the administration froze our funding. The federal government use to provide a third of our total budget and last year, that was $360 million,” she said. “This year, we received $60 million, an 83 percent cut.”

Campbell says UNRWA has been meeting with various senior officials at both the White House and Congress, and did not receive any indication funding was in trouble.

“It’s a complicated political situation, but it leaves us with the continued threat of school closings. This is something we are seriously grappling with,” Campbell said. “Many of our current donors, most from Europe, have front loaded the money they would give us, allowing us to finish the school year at the end of May. After that, it’s very unclear whether schools and clinics can remain open.”

The longer the uncertainty about funding continues, the harder it will be to restart, says Campbell, because UNRWA will begin losing important assets. She urged attendees to voice their concerns when they met with their congressional representatives on Capitol Hill.