A church for the wounded and vulnerable 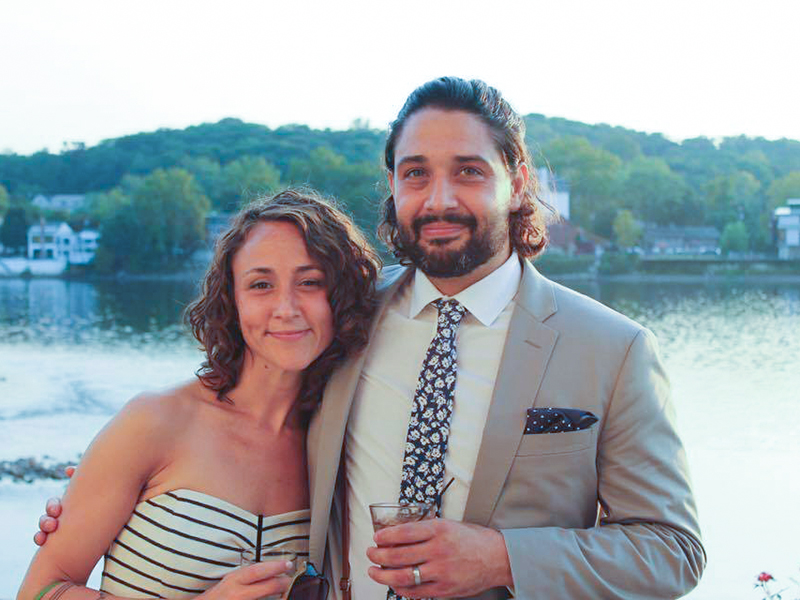 In his mid-20s with a well-paying job at a startup logistics firm in Manhattan, Chris Romine was wondering if this was all there was. Exploring all kinds of faith expressions, he kept coming back to the simple message of Christ’s life.

Within two years he was hired by a nondenominational church in Hoboken, New Jersey, to plant a neighboring church in Jersey City. But his faith was shattered six months later.

“Once on the church staff, I got behind the curtain,” Romine said. “The culture was built on pastor worship. There was a lot of smoke and mirrors — and willful deceit.”

If anyone on staff challenged the pastor, Romine said, they would get railroaded for being disagreeable. Male and female friendships were considered a dangerous combo — and a two-drink alcohol policy was formal.

Romine and other staff members spoke up about their concerns. The church told him that any disagreement was “poisonous” to the organization. Romine and the pastor who helped start the Jersey City location were let go.

Romine wanted to leave the abusive pastor and church behind. He enrolled at Fuller Theological Seminary to see if his calling to church planting still felt God-ordained. But once there, confusion and pain caught up with him.

“I’m a skeptic and cynic. I kind of grind through faith,” he said. “As I worked with a counselor and spiritual director at Fuller I learned that I still believed in the local church.”

But Romine needed to heal from what he’d experienced. He took a course on pastoral care and abuse at Fuller. As he had conversations with classmates he let go of his burdens.

At Fuller, Romine learned of the Presbyterian Church (U.S.A.) 1001 New Worshiping Community initiative. He already appreciated the missional nature of starting new churches but was intrigued by how Presbyterians spoke about what they were doing.

“They were careful to say that these new communities needed to be about the whole church,” Romine said. “I was drawn to the PC(USA) connectional, ecumenical nature.”

Romine began to feel a call to start a church for people who might not fit in at other churches, and he is now in Manhattan working with Fifth Avenue Presbyterian Church to start a new worshiping community.

In 2009, Fifth Avenue formed a Mustard Seed project to begin talking about a new PC(USA) church plant in New York City. Those involved in the project began to talk and pray for the right person to lead the effort. And they set aside money every year.

When Romine was hired as their staff evangelist they had three years of salary saved up for him.

“That was our mustard seed, if you will,” said Fifth Avenue’s senior pastor, the Rev. Dr. Scott Black Johnston. “Because of our divided culture we strongly believed more churches were needed where people get to talk about God and what matters, about who is our neighbor and how we love them.

“Chris is a great steward of conversations like that.”

In January, Romine and his wife, Jill, began working on the west side of Manhattan. They’ve met people who are starting to dream what a new spiritual community might look like. He’s introduced them to what the PC(USA) does for justice both globally and domestically, even educating those who have no interest per se in Christianity about Reformed theological traditions.

“They’re post-evangelicals, suspicious of established churches and tired of faith communities trying to be attractional,” he said. “They want to talk about poverty, race, politics. They’re community activists. If they have interest it is in seeing churches doing like-minded work.”

Romine sees a hunger in people and a sense that, like him, they aren’t sure what it is. Because of his journey into a version of Christianity that created pain, he believes their hunger is for the triune God.

“Imagine a community where we can ask questions,” he said. “To explore faith, including the places where we’ve been hurt or wounded spiritually, in a super safe place.

“Fifth Avenue believes churches like this should be planted,” he said. “They’ve been incredibly selfless in this. They’re not trying to control it or make it like a version of themselves.”

Gracious God, thank you for how you are using the 1001 movement to inspire your church. We pray that each of us would recognize how we are — and can be — part of a church like this, participating with you in drawing others closer to Jesus. Amen.