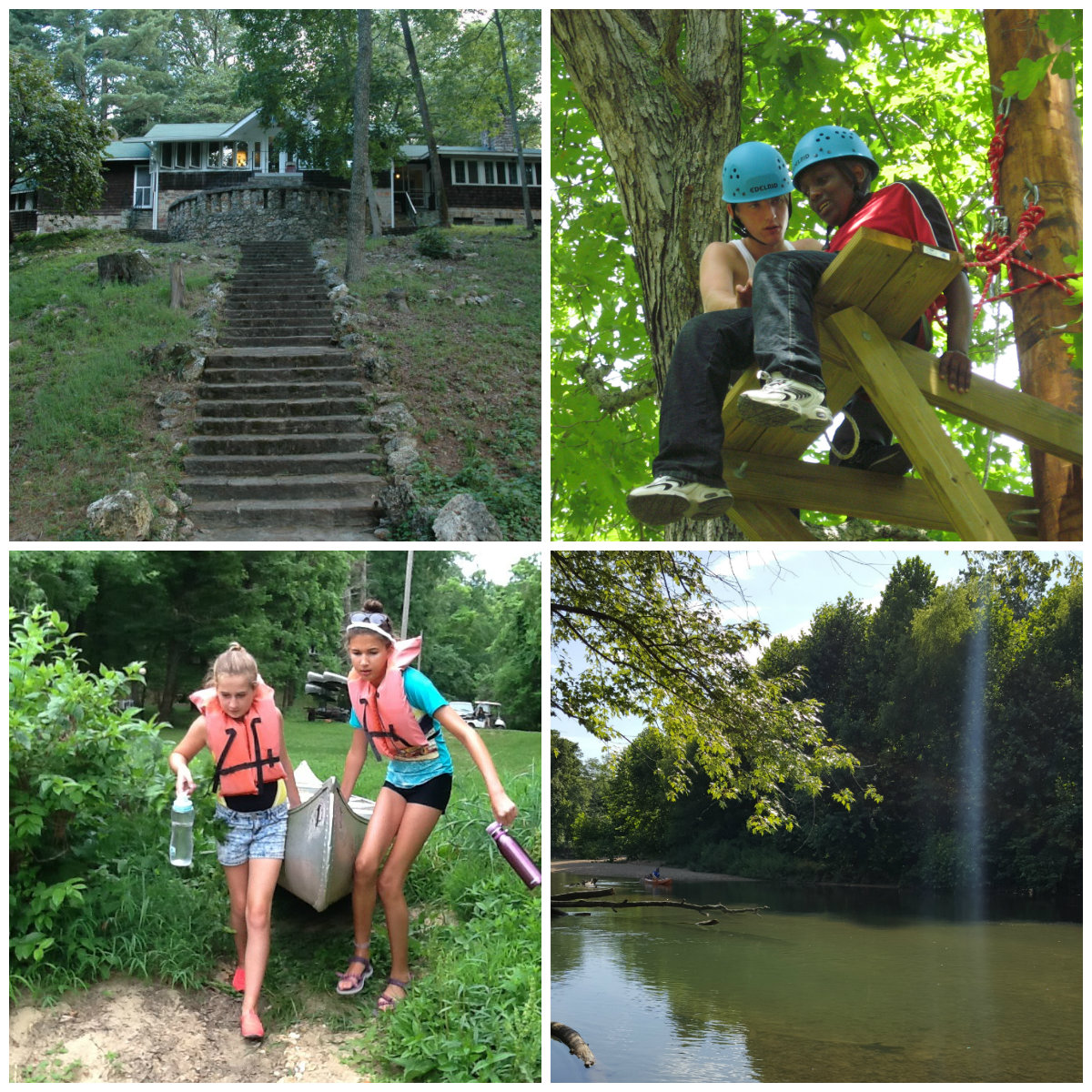 Christy Foster, executive director of Mound Ridge Retreat and Mission Center Inc., knew the end was coming. She says God placed it on her heart soon after she arrived at the Presbyterian camp and conference center in the Missouri Ozark countryside.

Mound Ridge, like many of the churches it served, was going through a transformation.

“You could see we were dying,” Foster said, “and there was no going back to the way it used to be.”

In 2016, the Presbytery of Giddings-Lovejoy, owner of the 375-acre property that overlooks the Meramec River, suggested that Mound Ridge become an independent 501(c)(3) nonprofit organization. They wanted to be a partner in Mound Ridge’s ministry, but they were facing financial difficulties.

“It was scary. Kind of a leap of faith,” recalled Foster. “If we hadn’t said ‘yes,’ they would’ve closed the camp.”

In one sense, Mound Ridge was prepared for an end to the presbytery’s financial support because they’d been slowly moving toward being self-sustaining. But learning to trust God in moving from death to life is long and difficult.

“Sometimes I think ‘wow, I have to say a prayer,’” said Foster. “Just when I think things aren’t the way they’re supposed to be — doors open.”

Last year, Mound Ridge closed its traditional overnight summer camp due to a lack of registrations from Presbyterian youth. Unsure of what to do, Foster decided to visit the three primary communities Mound Ridge serves. Seeing a need in Cuba, St. James and Steelville, Missouri, she invited students from the schools to come to Mound Ridge’s first-ever “Children Off-the-Grid and in Nature Camp.”

“We went from nothing to 85 kids in a short amount of time,” she said. “The six-week day camp brought together diverse socio-economic groups — from kids who had everything to those growing up with food scarcity.”

Seeing the power of children from different towns, schools and churches building relationships gave Mound Ridge a new idea. In addition to its “Children Off-the-Grid Camp,” they will host a “Together Camp” for the small Presbyterian churches they serve.

Mound Ridge will also host a “Discover Christ through Fine Art Camp,” an idea that came from Mound Ridge counselors.

The Retreat and Mission Center recently hosted a group of campers for 12 weeks. Turns out these “campers” are young adults from AmeriCorps National Civilian Community Corps (NCCC). Foster had worked for two years writing grants for them to help the camp get its grounds up to speed for upcoming summer programs.

The first group had seven young adults who worked 40 hours a week for seven weeks. The group of 11 NCCC members that just arrived will work the same number of hours. Their arrival came as Foster was telling her board she needed $18,000 to run Mound Ridge’s planned summer programs, but she’d only been able to raise $13,300. The NCCC presence will reduce the anticipated labor costs associated with getting the camp ready and will offset some of the funding gap.

“It’s been so great to have them,” Foster said. “They are our hands and feet on the ground for us. They are working missionally.”

As a bonus, the AmeriCorps workers often have dinner with Foster and her staff of three. Around the table, they have conversations and tell their stories, hearing from a generation of young people who have finished high school and/or college wondering what they should do next.

In this place that is self-described as a “hidden gem,” rich, deep relationships among and beyond Presbyterians are being formed.

“I often wonder about our tendency to live in fear,” said Foster. “We’re told the triune God is about abundance. … Why do we prefer fear over living into and trusting abundance?

“I think we’re called to listen. But as soon as we make anything ours — or as soon as it becomes what I or anyone else think it should become — then we’re not fulfilling the mission of what God calls us to,” she said.

“If we could just trust in God’s mission for us — the rest will come.”