Time’s up, #MeToo and #ChurchToo

The 2016 presidential electoral campaign brought up issues that were disturbing to many women. The criteria for the fitness of the female candidate for the office of president, such as comments about the clothes she wore, were standards seemingly not imposed on male candidates in the race. The comments surrounding women’s bodies were also alarming. These conversations brought up a sort of post-traumatic stress disorder for women who have experienced sexual harassment and discrimination.

A recent PC(USA) Gender and Leadership in the Church research project found that eight out of 10 female teaching elders have experienced discrimination, harassment and/or prejudicial comments due to their gender, and four out of 10 feel that they have experienced gender bias in hiring, promotion or selection for an official position within the PC(USA). (These findings are available at pcusa.org/genderandleadership.) 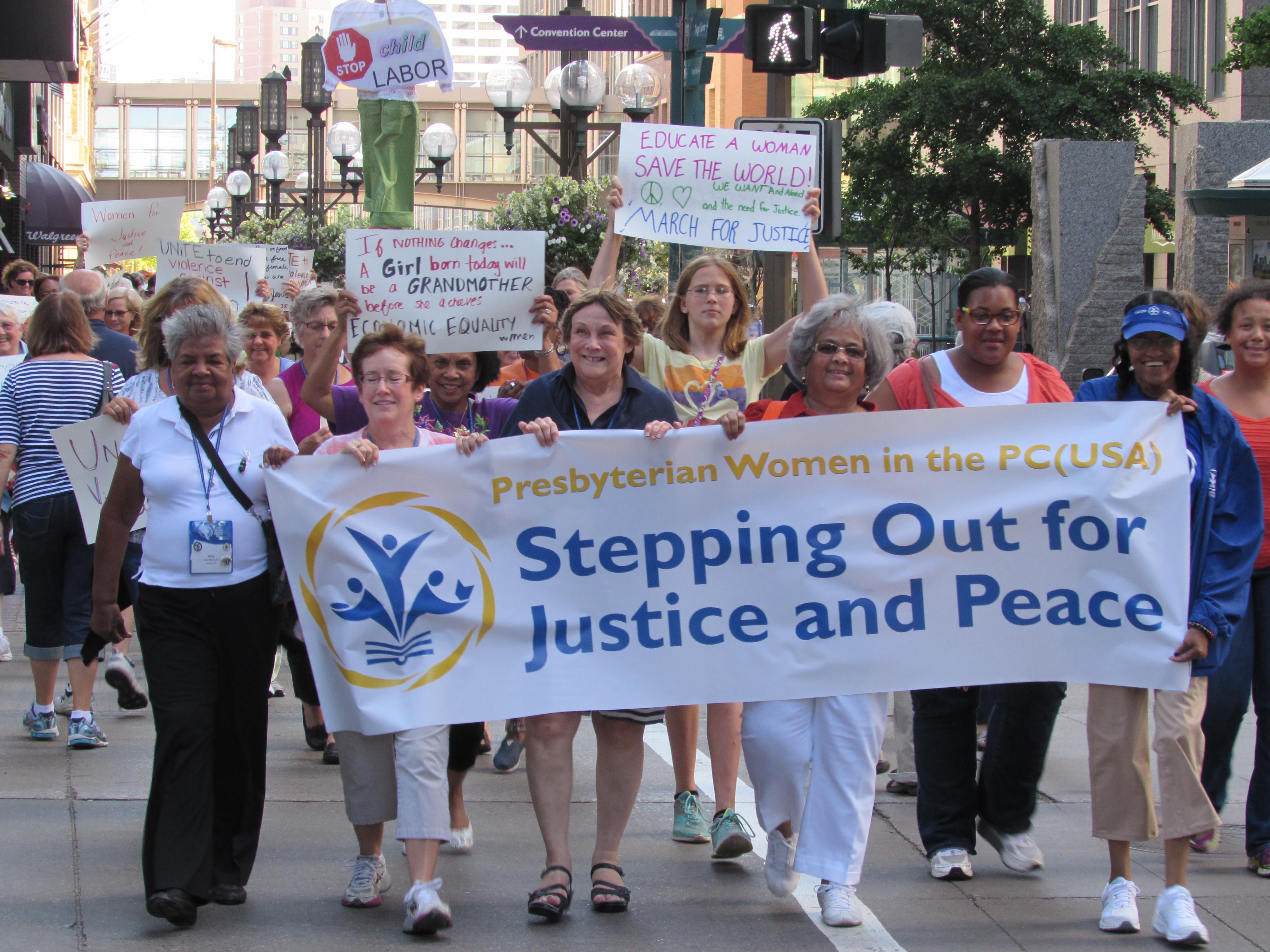 While we celebrate the many female ministers and heads of staff in the PC(USA), and also that the 222nd General Assembly (2016) elected, for the first time, two clergywomen as co-moderators — the Revs. Denise Anderson and Jan Edmiston — we are saddened by the stories of sexism and discrimination that many clergywomen still share. This is the time to recommit to a common goal to create an awareness of sexism and institutional racism in the church and create an environment where female Presbyterians can serve fully in ministry and leadership.

At the 223rd General Assembly (2018), there were many issues of interest to women, including sexual misconduct, paid family leave, gun violence, mental illness, calling for an immediate moratorium on all executions, celebrating the gifts of people of diverse gender identities, climate change, divesting from fossil fuels, environmental racism, and addressing disparities experienced by black women and girls.

At the GA Women of Faith Awards Breakfast in June in St. Louis, we recognized the faithful witness of three “Clergywomen Who Challenge Racism and Injustice.” The 2018 awardees were the Revs. Amantha Barbee of Charlotte, North Carolina; Karen Hernandez-Granzen of Trenton, New Jersey; and Liz Theoharis of New York City.

And at the Women’s Orientation breakfast, held at GA as well, women gained wisdom and insights while interacting with Anderson and Edmiston. To read the joint statement on sexual injustice issued by Presbyterian Women and the Advocacy Committee for Women’s Concerns, go to pcusa.org/sexual-injustice.

God of grace, be present with us as we celebrate your daughters who, with your help, have built communities that reflect your love. For women, young and old, who do justice, love kindness, and walk humbly with you, O God, we give you thanks and praise. Give us your peace, which surpasses our understanding, and watch over our hearts and our minds as we rest in Christ Jesus. Amen.