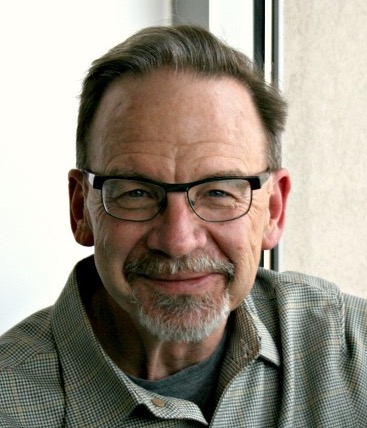 As the hurricane season drew to a close, the bulk of the work for the year’s storm season had just begun for Presbyterian Disaster Assistance. To help in that effort, PDA hired David L. Myers as senior advisor for PDA’s hurricane recovery.

For eight years, Myers served as the director of the Center for Faith-based & Neighborhood Partnerships within the Federal Emergency Management Agency (FEMA), appointed by President Barack Obama. During this time with the agency, Myers was the administration’s principal liaison with faith-based groups working in emergency and disaster preparedness, response and recovery.

“One of the volunteers at Teen Living Programs in Chicago, of which I was the executive director, was a senior member of the Obama campaign. When Mr. Obama was elected, the volunteer identified me as someone the administration wanted to include,” said Myers. “I was appointed in May of 2009 and served until the very end. … In 2013, I was concurrently named as senior advisor to the FEMA administrator.”

Myers was deployed to more than 20 disasters and emergencies during his tenure. The faith-based center was also a lead government partner in the fight against human trafficking. He believes that experience will prove beneficial in his new role.

“Seasoned relationships across sectors in the disaster arena — faith-based, social sector, government and charitable foundations — will be helpful. I love to join others in addressing and mitigating crises, and in helping communities find a way forward after devastation,” he said. “I try to ask thoughtful questions and listen empathetically, with an ear not only for learning but also for creating.”

Myers’ primary responsibilities will include coordinating PDA’s community responses to the hurricanes with partners from National Voluntary Organizations Active in Disaster and the larger ecumenical and interfaith community.

“I’ll be networking with faith-based humanitarian and NGO partners to identify and address needs of vulnerable and marginalized affected communities, especially refugee and immigrant populations,” he said. “I’ll also identify and support development of sources of revenue to support PDA and interfaith long-term recovery; support all direct program staff and support staff for them to implement programs.”

“David’s extraordinary experience and gifts will complement our strong staff team, providing wisdom and direction for the ecumenical long-term recovery and supporting capacity building among our church and community partners, as they respond to their vulnerable neighbors in the months and years to come,” Kraus said.

Myers was born in Pennsylvania into a conservative Mennonite family and eventually moved to Portland, Oregon, to help with the Mennonite mission there. He graduated from Portland State University and Anabaptist Mennonite Biblical Seminary and served Mennonite congregations and institutions in Oregon, Kansas and Illinois. His position with PDA will continue through 2018.

Lord, grant us the faith to seek your will and the courage to carry it out. Remind us of our responsibility to each other. For Christ’s sake. Amen.