Presbyterians speak out in defense of sites targeted in federal rollback 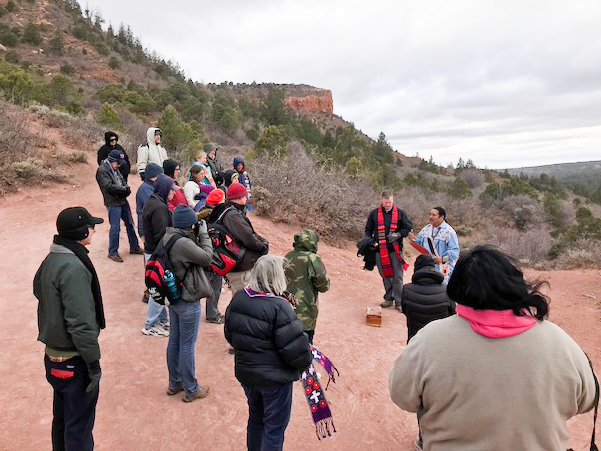 Nearly 30 spiritual leaders recently gathered in New Mexico to show their support for threatened public lands sacred to Native Americans and for tribal sovereignty. The event, organized by the New Mexico Wildlife Federation and Creation Justice Ministries, brought together representatives from a number of denominations and groups, including Presbyterian, Lutheran, Catholic, United Church of Christ and Jewish organizations, as well as several Native American organizations.

The group gathered just prior to President Donald Trump’s Dec. 4 announcement calling for a sharp reduction in the size of Bears Ears National Monument and Grand Staircase-Escalante National Monument.

“Bears Ears National Monument is one of the most unique, picturesque and sacred areas of America. Recognizing this, tribal and spiritual leaders from various faith traditions throughout the west came to lift up the monument as a place of great healing, wholeness and spiritual value not only to the region but to the nation as a whole,” said the Rev. Andrew Black, a Presbyterian minister and director of community relations for the federation.

Trump’s plan constitutes the largest rollback of federal land protection in the nation’s history, reducing the two national monuments by some two million acres. By law, national monuments are protected from development. They are similar to national parks but are created by presidents rather than Congress. Although presidents create the monuments, legal scholars differ as to whether presidents have the authority to reduce them. 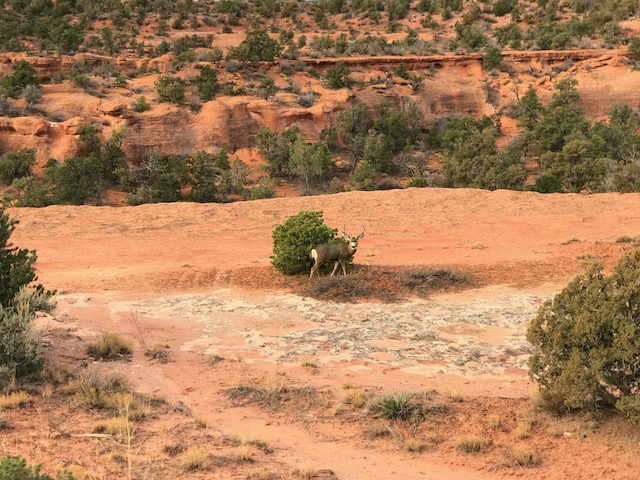 Trump signed two proclamations, one rescinding the national monument status of about 80 percent of Bears Ears, the other rescinding that status of nearly half of Grand Staircase-Escalante. Shortly after Trump announced the plans, several lawsuits challenging them were filed on behalf of Native American tribes, environmental organizations and others.

Black said reducing Bears Ears would be “a grave injustice that fails to understand the sacred interconnectedness between the area’s land, water, wildlife and people who have been on this landscape for thousands of years.”

The Rev. Ginna Bairby, pastor of First Presbyterian Church in Taos, New Mexico, says the issue is of importance to every Presbyterian.

“When our Book of Order spells out the ministry of all members, it names as part of that ministry ‘caring for God’s creation’ at the same level of importance as ‘proclaiming the good news in word and deed’, ‘studying Scripture’ and ‘lifting one another up in prayer,’” she said. “We are all called to life into this ministry in whatever ways we can. It is part of the responsibility and the joy of our shared Christian life.”

CORRECTION:  We apologize for the omission of Shannon Headen’s name/email from the Forest Hill Presbyterian Church staff list on the January 20th Mission Year Story.

Lord, show us how to respond in faith as we seek to answer your call to service in our world. Guide us as we seek to do your will. In Jesus’ name we pray. Amen.