Norman Fong grew up in a housing project. Coming from a low-income family he learned early in life what it was like to be evicted and to not know where to go.

These days, Fong serves as a pastor of a Presbyterian church in San Francisco’s Chinatown, the church he credits with helping his family find a place to live. He also serves as executive director of the Chinatown Community Development Center and has become a champion for low-income housing residents.

People living at or below the poverty line have struggled for decades to find affordable housing in cities like San Francisco. The high cost of living has forced many to seek community housing, but housing conditions often have not been up to par.

“Housing has been a huge issue for Chinatown, and most people don’t realize that families live in these single-room hotels,” he said. “New York and Chicago tore them down, but here in San Francisco, we tried to save them all because we can’t have single-family homes; there’s not enough space.”

Fong says families can’t find affordable housing in San Francisco, and the housing units are a “last resort.” The Community Tenants Association (CTA) was formed to help provide a voice for low-income housing families. The Presbyterian Committee on the Self-Development of People provided initial support for the group.

“Residents were being evicted and wanted to come together and form their own association. They were meeting in a small room but kept growing,” he said. “We found a local elementary school that had a huge gym, and we started hosting these ‘Super Sunday’ meetings there.” 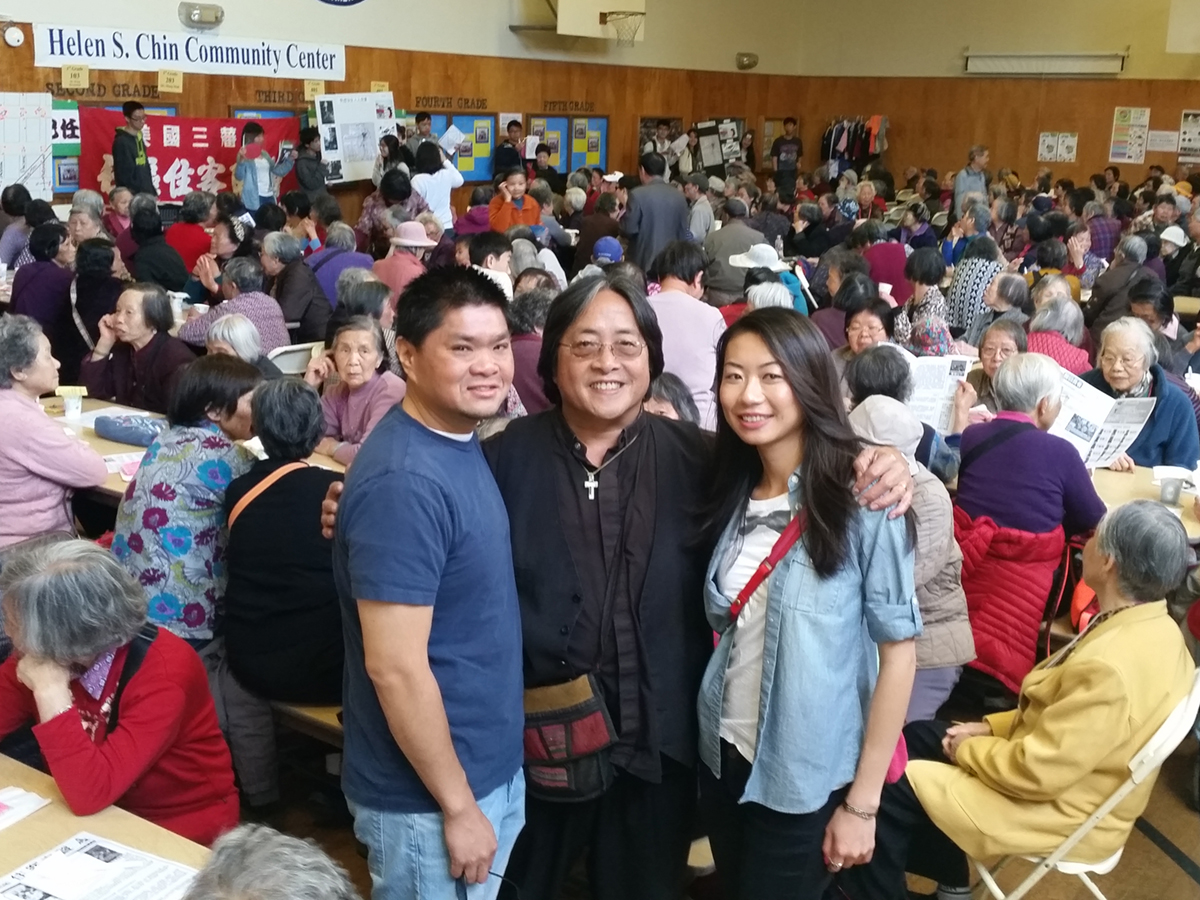 The CTA-hosted Super Sunday meetings now attract between 500 and 1,000 Chinatown residents who live in a hotel. Fong says the meetings have engaged youth, seniors and families with “simple, old-school, grassroots organizing.”

“A lot of the residents are immigrants and speak very little English. They felt their voices were never heard,” he said. “They learned to vote, started meeting regularly, and occasionally they receive visits from City Hall. They have become the largest tenant voice in San Francisco.”

The hotel rooms are small, measuring just 8 feet by 10 feet, with no private bathrooms or kitchens. In addition to providing affordable housing, the CTA has worked to upgrade safety, such as the installation of sprinkler systems in many buildings that have experienced fires.

“Commercial businesses usually occupy the first floor of the buildings, with housing above that,” said Fong. “The group has successfully pushed new ordinances to require sprinkler systems by packing out City Hall meetings.”

Fong says every neighborhood should have a regular town hall meeting so the neighborhood knows what is going on and what issues to engage in.

“It’s kind of cool because it has brought a new diversity to San Francisco. CTA is a very respected voice in the community. The residents have learned there is power in numbers and their voices are being heard,” he said. “Back in 1990, no one was listening to us.

“Now people listen because we’ve come a long way. I’m proud that the Presbyterian Church (U.S.A.) helped to jump-start this group. It’s one of the best things we’ve done to help empower the people.”

Today’s Focus:  The Presbyterian Committee on the Self-Development of People

Gracious God, we praise you, and we acknowledge the great need we see around us. Forgive us for our failure to love our neighbors as ourselves Strengthen us to work for a world in which everyone’s needs are met. In Jesus’ name, we pray. Amen.