Coming out of the shadows

As a young boy, the Rev. Ken Fuquay felt a call to preach, but he wasn’t sure if it was real or just a shadow cast by his father. The son of a Pentecostal Holiness minister, Fuquay is still referred to as “Tommy’s son” in some circles.

“I’ve been engaged in church music — and church work — my entire life,” he said. “At two months old, my parents had me on the church platform. By five they stood me between them and we sang on Wednesday nights.”

Fuquay also knew he was different. To this day, he said, he and his 84-year-old father have “this theological conversation” about the language he learned in junior high school — “faggot, queer” — that helped him understand who he was.

Even though Ken has been with his partner for 34 years — they married six years ago, when it became legal — the senior Rev. Fuquay, Tommy, still tells his 57-year-old son that unless he is committed to Christ and celibate, he will go to hell.

“My partner and I had reached a point where church was so damaging to us,” Fuquay said, “that we ran away from it, in the other direction.”

It took a while, but eventually, thanks to a small, unpretentious Presbyterian church and the denomination’s 1001 New Worshiping Communities movement, Fuquay found his way home.

For years, he and his partner attempted to live life with the right car, the right clothes, the right house and the right parties. But one Sunday morning, in 2004, Fuquay woke startled — overcome with awareness that if his life didn’t change that day, he would lose it to his cocaine habit.

Friends had been telling Fuquay about Siegel Avenue Presbyterian Church, which the friends said had a great choir. Being a music guy, Fuquay put on his finest suit, got in his white BMW and started driving to an address he’d never been to.

“The closer I got, the more anxious I became,” he said, “wondering if my car would be safe, because the church was in a rougher part of town.”

Parking his car, Fuquay noticed that people from all walks of life — black, white, rich, poor, overweight and skinny — were pouring into the unassuming building and old sanctuary. When he finally got inside, it was packed. The choir was singing “Jacob’s Ladder.” As the choir members made their way to the loft, the preacher got up. She was an African-American woman with dreadlocks.

“I instantly knew God had never left me,” Fuquay said. “I found a home that day”

Another memory of that day still resonates with him: “After church people wrapped their arms around me in a bear hug, they said they loved me and to come back.”

Fuquay went home and told his partner, Terry, about the church people wrapping their arms around him, telling him they loved him and to come back. “This is it,” he told Terry. “We’ve got to go together.”

They started attending Siegel Avenue, then began singing in the choir. Through that community they met folks from nearby Union Presbyterian Seminary and its campus in Charlotte. Fuquay found himself “falling in love” with Reformed theology because of its focus “on what God does” — not on what we do.

“The denomination I was raised in was so guilt-ridden,” he said. “There was a demon hiding behind every corner. You got saved every Sunday, because you can never be good enough for God.”

As Fuquay grew in the knowledge that God loved him as he was, he also realized that God was at work in all aspects of his life. Some old habits had to die.

Even though he was working full time as part owner and director of curriculum at the Carolina School of Broadcasting and didn’t have a bachelor’s degree, he started taking classes at Union.

It took him seven years, but Fuquay earned two degrees, a Master of Arts in Christian Education in 2011 and a Master of Divinity in 2015. People he was hanging around with while in seminary had been wounded by the church too and wanted to create a spiritual community of support. The group of a dozen or so started meeting in his home for food, fellowship and worship.

That’s when Fuquay heard about the 1001 New Worshiping Communities movement in the Presbyterian Church (U.S.A.) through a friend who invited him to have lunch with 1001 national coordinator Vera White, who happened to be in town. White introduced him to others involved in the 1001 program by phone and email. 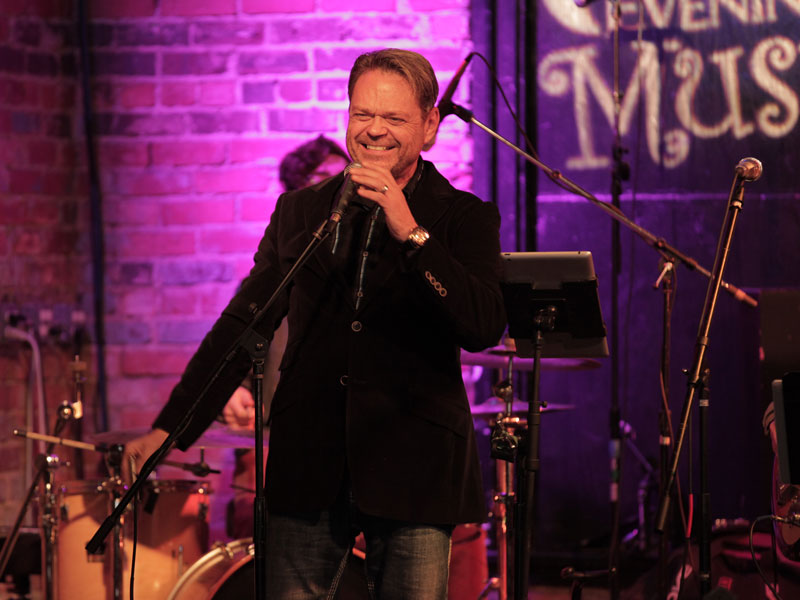 “They all began to pray for me and for the group that was meeting in my home,” Fuquay said. “The more I interacted with the 1001 team, the more I realized that God has put this together.”

Those who were meeting in Fuquay’s home began to wonder if they might become a new worshiping community. They posted Google docs and encouraged everybody hanging in their larger group to go there and write down what they thought church should be.

At the end of a six-month prayer-and-discernment process, they distilled 15 pages of what they dreamed church could be down to seven topics: worship, stewardship, justice, service, discipleship, individuals and relationships.

Hence their name — M2M: A Matters to Mission Worshiping Community.

Now they meet for worship and fellowship at The Evening Muse, an iconic bar known for its musical acts. 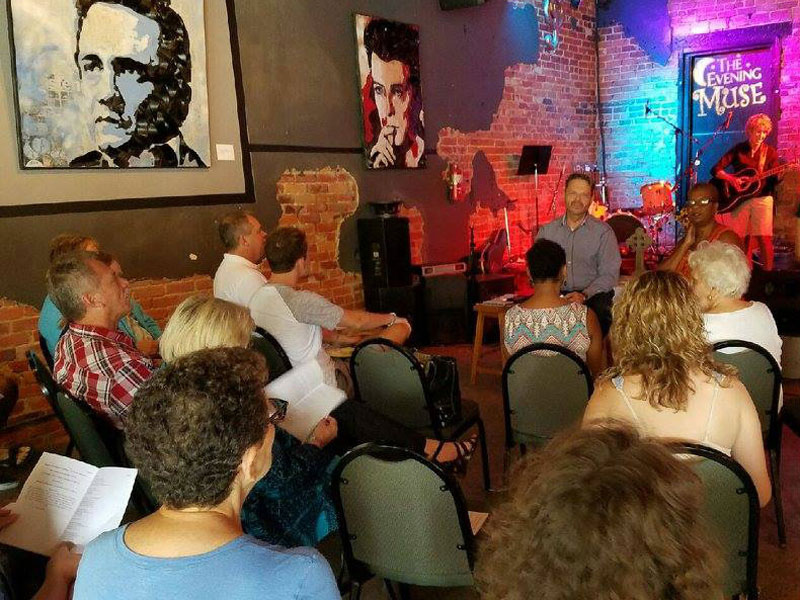 Because M2M has created a place where people feel like they can be as they are, on any given Sunday a diverse range of people will wander over to the space in the bar where they worship. The group might include homeless and transgender people, along with those who have had too much to drink.

The group also includes those, like Fuquay, who have been wounded by the church. But as they get to know each other, they get to know of each other’s brokenness. And in the process, their skewed narratives of God become reframed, from feeling as if they will never be good enough for God, to seeing themselves and each other as God’s beloved.

“M2M is participating in God’s mission on earth,” Fuquay said. “I thought we were taking God to the bar; God was taking us to the bar. God was already there.”

M2M’s partner church is Trinity Presbyterian, which is in an affluent part of Charlotte. Occasionally the M2M community worships at Trinity, and Trinity has joined M2M in a neighborhood cleanup project.

Loving God, thank you that, in caring for others, we experience the love you have for each one of us in Jesus Christ. May your love guide us as we seek to serve you in the world. Amen.