The announcement of a baby’s birth can tell you a lot about the parents.

Then there’s Jesus. Even though we celebrated his birth a few weeks ago, the story warrants a fresh look: In Luke 2, Mary and Joseph make it to Bethlehem before Jesus is born in a manger. His unusual birth announcement comes quickly, to a bunch of shepherds. Then suddenly, an angel pops into the sky. Shepherds freak out. The angel sends directions to the swaddled lad. An angel army sings, “Glory to God in the highest!”

Shepherds. Really? Shepherds back then were not exactly high society. Any list of uneducated and crude jobs would include shepherds, those dishonest good-for-nothings grazing their sheep on other people’s lands if they could get away with it. 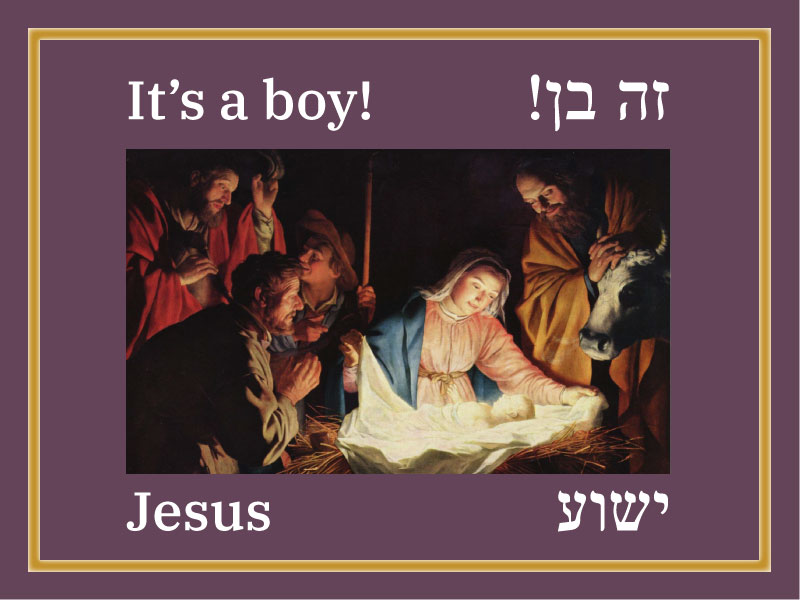 God chose these dirty and dishonest shepherds to be the first ones to hear the news about Jesus’ birth. If babies’ birth announcements tell us a lot about their parents, what does this tell us about God?

Most of you are like me. We don’t spend time with people whom society devalues. People like the homeless or urban poor, undocumented immigrants, recovering alcoholics or drug addicts, widows and high school dropouts. Presbyterians are largely educated and many of us like to rub shoulders with VIPs.

When I served a downtown church in Atlanta years ago, Billy was a modern-day shepherd who regularly showed me things about Jesus that I would have otherwise missed.

The congregation included many upper-class and wealthy people who rarely spent time with people like Billy, except at church. He came to church and he’d share during the prayer request time. Instead of asking for prayers, though, Billy would tell us what he thought of the sermon — in no uncertain terms. He would inevitably mention how he lived under a bridge, or how he didn’t have much money for food, or how rough the shelters were.

It could be awkward for the rest of us who didn’t have nearly as much in common with shepherds as Billy. But when Billy would speak, we’d often realize that God had given him some insight that none of us would ever think of. Sometimes that insight would make us squirm. Other times, though, it would make us want to sing out in joy because God would speak through Billy in such surprising ways I can’t remember many of the specifics of Billy’s conversations. People like me don’t do a very good job listening to shepherds. I thank God, though, because Billy helped me to wonder at God’s goodness, even though he was sleeping under a bridge. He showed me what a church looks like from a different perspective.

Our troublemaking God sends out birth announcements about Jesus through ancient and modern shepherds. These announcements reveal a God who uses unlikely people to share the gospel and change the world.

Heavenly Father, thank you for your love and care, which you extend to all your children, all of whom are broken and imperfect. Remind us that our neighbors are included in your compassion and that we have a responsibility to reach out to all of them. In Jesus’ name. Amen.