Rethinking church 140 characters at a time

This article originally appeared in the November/December 2016 issue of Presbyterians Today. 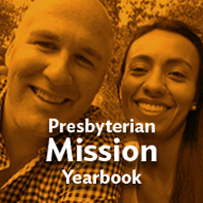 When it comes to conversations about church, most of us imagine sitting around a table and engaging face-to-face. Maybe we’re in a church basement, conference center, coffee shop, or local bar. But lately Presbyterians have been gathering for a weekly conversation around their phones or computers, using Twitter and a common hashtag. These online conversations can take place on a couch at home while kids are playing, at a computer on a desk at work, or on a smartphone while waiting in line at the grocery store.

#PresbyIntersect, a weekly Twitter chat, gathers conversation partners from around the country to talk about church, faith, and social issues. #PresbyIntersect chats are held on Twitter each Wednesday starting at 9:30 a.m. EST. They are organized and led by a small group of passionate Presbyterians from a variety of churches who are active on social media. The discussions are focused on a particular topic and moderated by one or two people. Each discussion unfolds like many discussions do: a question gets asked and people respond with their thoughts and questions of their own.

“The desire is to have topics that address the intersections of many social, political, and theological realities,” says Mihee Kim-Kort, a staff member of UKirk at Indiana University and one of several organizers. “We explore how we, as Presbyterians, can be rooted in our tradition and faithful to God’s radical kingdom.”

Topics that #PresbyIntersect have addressed include Rhetoric, Race and Religion; Flags and Faith; and Toxic charity. A special Advent topic, Decolonize Advent, began on November 30.

The advantage of having a Twitter conversation is that it can bring together people from different parts of the country.

“When we gather in our church communities and presbyteries and synods, the view can still feel narrow,” Kim-Kort says. “These conversations are an attempt to cross numerous lines and thus widen the perspective and broaden the resources at our fingertips.”

Another group hosting Twitter discussions is the Slate Project. It’s an ecumenical ministry in Baltimore with Presbyterian, Episcopalian, and Lutheran founders and support from all three denominations. The Slate Project gathers in person and meets regularly online Thursdays at 9 p.m. EST as it seeks to follow Jesus into a “digital neighborhood.” The Twitter conversations #SlateSpeak draws wide range of participants, from millennials to retirees.

Jennifer DiFrancesco, associate pastor at Second Presbyterian Church in Baltimore and cofounder of the project, says the online community is an authentic community. While some critics say that online relationships aren’t real because people aren’t in the same place, DiFrancesco says the discussions online often go deeper than those that occur face-to-face, perhaps because the screens offer a sense of protection.

“There are more honesty and vulnerability in our online conversations,” she says.

DiFrancesco thinks that because Twitter limits the number of characters in a message, people dispense with the chitchat and get right to the point.

“The whole point of social media is meeting people where they are. It’s a completely different kind of engagement,” she says. The rules of engagement for the #SlateSpeak conversations are clear: Respect the views of others. Speak only for yourself. Don’t assume that others speak for or represent a class of people.

Occasionally the online conversations will draw internet trolls, people who intentionally sabotage a conversation by writing inflammatory, insulting, or off-topic posts. This activity can be seen either as a nuisance or an opportunity for ministry.

“My policy is to respond to a possible troll once,” DiFrancesco says. “If they respond negatively or ‘not fair,’ then I respond (publicly) by offering to chat with them on further detail offline or by direct message. Though most of the time they don’t want to engage in deeper conversation and [they] stop.”

“Being intentional about connecting in various ways about numerous issues through learning, reflecting, and conversation help solidify who we are as the church,” she explains. “We envision this kind of engagement will only be more and more contagious and have a ripple effect into our contexts and communities.”