Simon Doong has always had an interest in international life. The Beltsville, Maryland, native graduated from the College of Wooster with a major in international relations and a focus on economics, minoring in Spanish and Latin American studies.

Upon graduation, he spent a year in Pittsburgh in a fellowship with a Mennonite Service Program.

“Then I found out about the YAV (Young Adult Volunteer) Program from the director of Christian education at my church,” he said. “I applied for and was offered an opportunity to spend a year in South Korea. I was a little hesitant at first, but I have no regrets.”

While in the city of Daejeon, Doong worked with children in education and learned the Korean history, culture and U.S. involvement in the Korean War.

“While there, I sort of thought about doing a second year, hopefully at the Presbyterian Ministry at the U.N.,” he said. “Economic development and mission are similar in that both are trying to help people and lift up the oppressed. I had seen the church do the work on the ground in another country but I also wanted to know how to advocate positive change at the highest level in the international arena.”

That’s when Doong applied for and received approval for a second year. He started with the office at the U.N. in September and has had a front-row seat for the happenings in New York, including sitting in on working group meetings on Syria, Israel/Palestine and the Security Council. 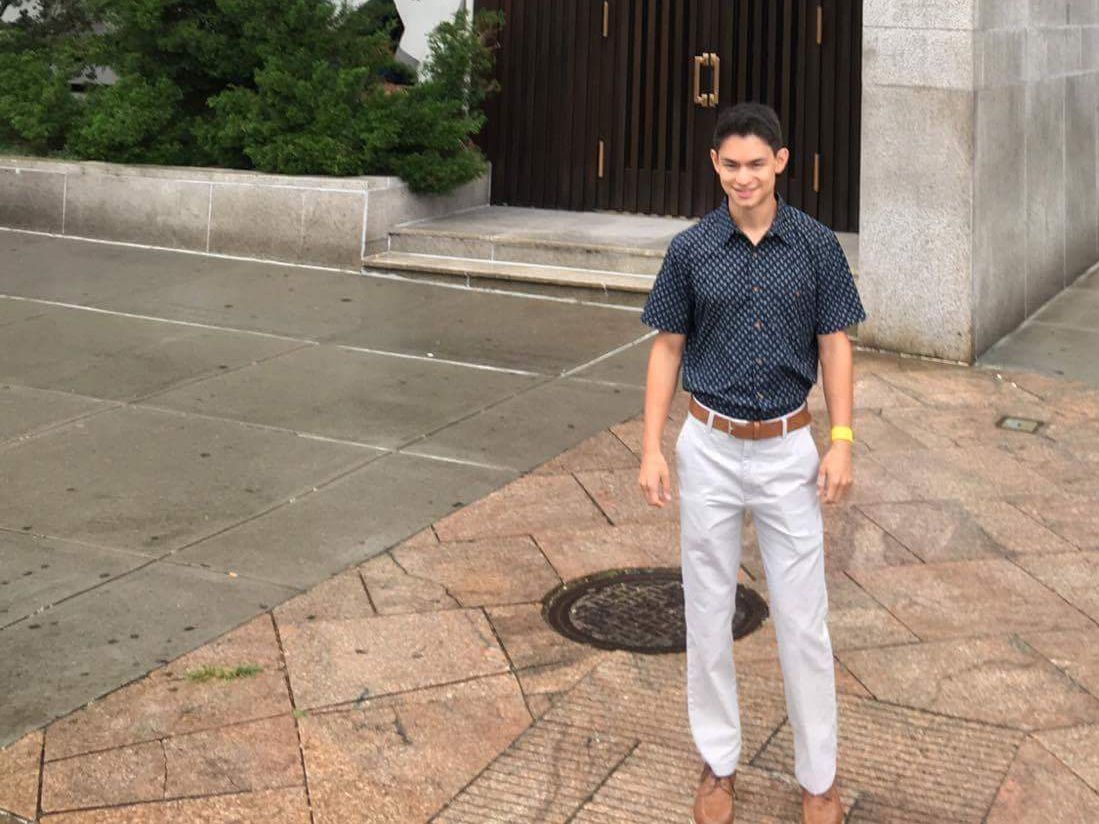 Simon Doong is spending his second year as a YAV with the Presbyterian Ministry at the United Nations. (Photo provided)

“One thing I’ve been involved with is working on Sustainable Development Goal congregational resources. At the Presbyterian Ministry at the United Nations, we advocate church policy,” Doong said. “But we are trying to get better at taking things on the international agenda and disseminating information for the church, to be the bridge between the church and the international community.”

The new resources describe not only what the Sustainable Development Goals are, but what the church is doing around the world to achieve those goals and how congregations can get involved.

“I was very surprised to see that the church was involved in so many things at the international level,” he said. “I’ve also enjoyed learning how far the church extends its reach around the world. I didn’t realize there were so many different programs and agencies involved. I’m able to lift up our work here, as well as the work of the Presbyterian Hunger Program, Presbyterian Disaster Assistance and World Mission.”

Doong will be with the U.N. ministry office until July. After that, he is considering graduate school with an emphasis on economic or sustainable development.

Doong speaks highly of the YAV program, saying every young person should have their worldview challenged.

“You’re going to grow in ways that you didn’t know you could or need to,” he said. “When you look back on it, you will say it was a valuable experience and will learn a lot about yourself and the world around you.

Loving God, stand with us all. Remind us to notice, encourage and listen, and inspire us to lead with your Son’s heart. Teach us again how to follow, how to learn and how to lead — all in your merciful manner. Amen.