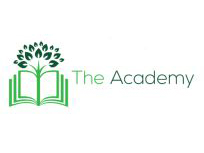 What is a small, isolated Presbyterian church to do if it can’t afford to hire an ordained pastor? As that dilemma becomes more common, several Midwestern presbyteries and the Synod of Lakes and Prairies are collaborating on coursework to train elders for greater responsibilities.

The Academy, as the program is known, began last summer at Lakes and Prairies’ Synod School and will conclude in a year and a half, after its initial cohort goes through 11 classes together. New cohorts will enroll and begin the course every summer. The hope is that many will go on to become commissioned lay pastors, serving their home church or another in their area that needs leadership.

Deb DeMeester, director of leadership development for the synod, said that although some presbyteries have offered their own training programs, the Academy pools the resources of the synod and the presbyteries of North Central Iowa, Minnesota Valleys and Prospect Hill. 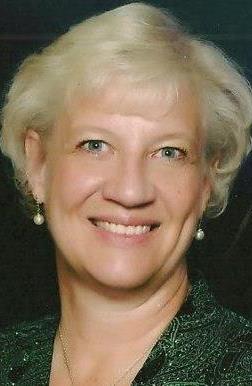 The initial group of 15 elders has completed sessions on leadership, church history and preaching. At the preaching class, led by Tom Long, “I was just in awe,” DeMeester said. “He was coaching each student in front of the rest of us.”

Requirements within the Presbyterian Church (U.S.A.) to become a commissioned pastor vary by presbytery, but DeMeester said, “We’re trying to create something that can be a best practice.”

If graduates of the Academy feel called to go to seminary, the credits will probably not transfer, DeMeester said, but that was the path Elaine Boyd took through her presbytery more than a decade ago.

Now the pastor of First Presbyterian Church in Amboy, Minnesota, Boyd serves as the record keeper for Academy students. During her own experience a decade ago, “I loved every minute of it,” she remembered, “and then people I knew in church said, ‘Elaine, you should go to seminary.’”

January was the first online component of the Academy, as students studied the sacraments and found pastors in their own area to shadow for Communion, a baptism and a funeral.

Over six Mondays the students and teacher were scheduled to video-conference together, which DeMeester expected would work out well because everyone in the group already knew one another. “They have friends and people who can support them in a Christian community,” Boyd said.

“Attending Academy classes has allowed me to meet other individuals that are traveling a similar path as myself,” said David Skilling, a member of First Presbyterian Church of Algona, Iowa. “Interestingly we all are of a similar age and at a similar stage in our life. This provides for a cohort that knows and understands where you are coming from. It provides an association with people that you will not find anywhere else.”

Students who complete all 11 courses will be well-suited to lead a small church as a commissioned pastor. “That’s something that is really needed,” Boyd said, “because the churches are smaller and more isolated, and we need education for those folks.” But it could also equip them to be “super-elders,” she quipped, or to serve at the presbytery level.

“The hope is that they’ll be better prepared to serve in whatever capacity,” DeMeester said. “But they’ll be more engaged with Scripture, with social witness, with what the Presbyterian Church is about. … We’re open to wherever the Spirit is leading individuals, to come alongside them on their journey.”

The Presbytery of North Central Iowa used to run a similar program on its own, but the Academy is an opportunity to collaborate at a time when “we need each other more than we ever have before,” said the Rev. David Feltman, pastor to the presbytery.

Over the past two decades, the presbytery has used commissioned lay pastors extensively; Feltman said that more than half of their churches have Sunday attendance of less than 50.

Out of the eight people from North Central Iowa enrolled in the Academy, Feltman guesses that five or six plan to become commissioned pastors. But regardless of career plans, graduates will be better equipped to serve the church, “or maybe just be a better Christian,” he said.

“We’re off to a proud start,” Feltman said. “I really appreciate Deb DeMeester’s leadership and help with it. This is what the synod is positioned to do and do well.”

David Lewellen, freelance writer based in Glendale, Wisconsin, frequent writer for the Synod of Lakes and Prairies

Synod of Lakes and Prairies Staff

Gracious and loving God, your Son multiplied a small number of disciples into a great and mighty force in the world. Use us so that we might, by the power of the Spirit, share Christ’s joy by extending this great witness in our own day. Amen.