As Hollywood speaks out, will other wounded women go deeper in the shadows? 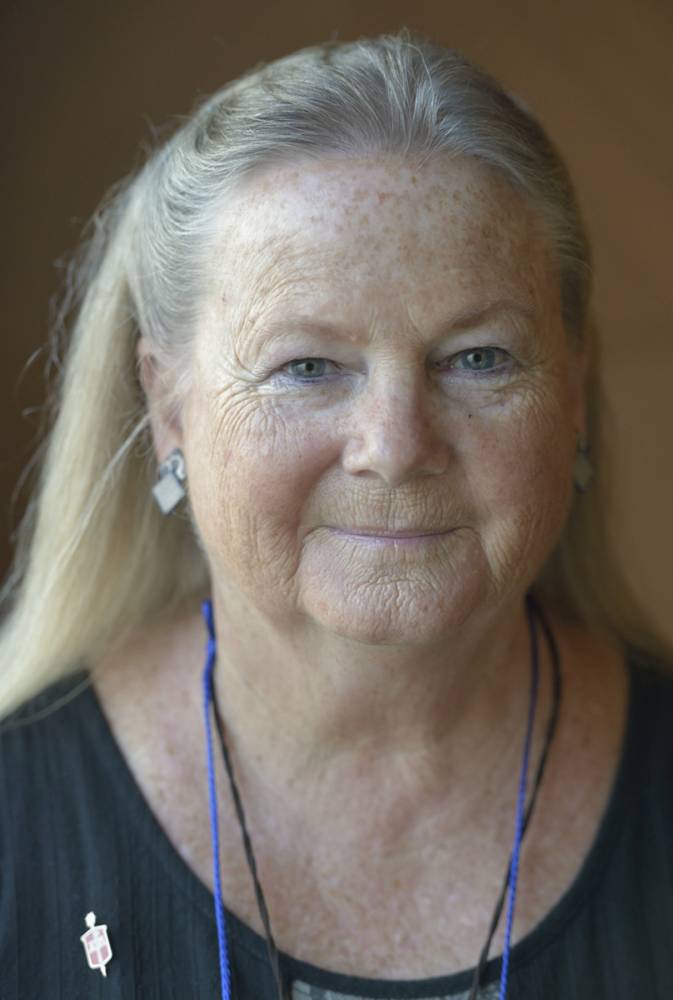 Bishop Mary Ann Swenson has a unique position in observing and advocating for women’s rights or, as she would quickly clarify, “the fair treatment of human beings” of any gender.

As bishop-in-residence at Hollywood United Methodist Church in California, she ministers to church members who were not only present at last month’s Golden Globe Awards — they were the nominees. And as vice-moderator of the World Council of Churches (WCC) Central Committee, she is part of a global parish, traveling to communities far removed from Hollywood, where violence occurs against women who are viewed as having no voice and no rights.

Nearly every woman present at the Golden Globes wore black as a symbol of advocating for gender equality and protesting the endemic sexual harassment in Hollywood, the nation and the world. Their industry has been shaken by stories of abuse.

“I did certainly watch the Golden Globes, and I saw the presentations and the emotion of the crowd,” she said. “I think it was really good to see the women showing solidarity with one another, and wearing black, and bringing guests who are women active in advocacy.”

Women and men at the Golden Globes also wore pins with the slogan “Time’s Up,” a campaign created by several hundred actresses and female agents, writers, directors and entertainment executives to fight sexual misconduct.

The campaign began when the Alianza Nacional de Campesinas — on behalf of 700,000 women who work in agricultural fields and packing sheds across the United States — sent an open letter of solidarity to Hollywood actors.

Swenson was pleased to see the “Time’s Up” campaign expand. “The causes of our farmworkers, restaurant workers and hotel workers are just really, really important causes. These are industries where women suffer in particular and there really is a need for equality and fairness.”

There is always room for more campaigns that promote justice and human rights, she added, citing WCC’s participation in the longstanding global campaign “Thursdays In Black” to combat violence against women. The WCC fellowship representing 348 member churches worldwide wears black each Thursday, often sharing their solidarity through social media.

“I’m so happy that we at the WCC are part of the Thursdays in Black campaign to be that witness,” Swenson said. “One of the pieces of good news with the Golden Globes is it has helped bring some high visibility to an issue we’ve all been trying to address for some time. We are committed to fair treatment for all human beings. It’s a global issue and an interfaith issue.”

Last year, Swenson traveled with a WCC delegation to Nairobi, Kenya, where she met with church leaders who are working toward peace and justice. As she talked about what communities there are facing, she began a deeper reflection that has carried over into this new era of “Golden Globe” advocacy.

“We don’t want to put our North American values on each country. The value is in treating women and men with dignity. Truly, we say that every human being has value in the sight of God and not to treat some as less valuable than others. That’s an important part of what this is all about.”

Women in Hollywood talk about sexual harassment and abuse in a way that many women in the world simply cannot. “Many of the women in Hollywood took the abuse because they were trying to advance their careers. Whereas some women — particularly racial or ethnic minorities — have no rights and no voice. They aren’t advancing in any career — ever — because someone of privilege is getting away with treating them horribly.”

When comparing advocacy campaigns, are people in fact falling into the practice of comparing the voices of disparate women around the world? “I believe we should focus on deciding — wherever we are — to have a positive effect on claiming justice for people who get beaten and abused and raped, whoever they are,” she said.

The abuse of privilege and power is rooted in greed, she added. “The question should be: How can we build a circle of protection that helps all people claim their voices?”

Almighty God, we pray for all who live amid conflict and injustice. Help us to learn the way of peace and to practice love, even for our enemies. Amen.