Westminster Presbyterian to serve as a cornerstone of justice 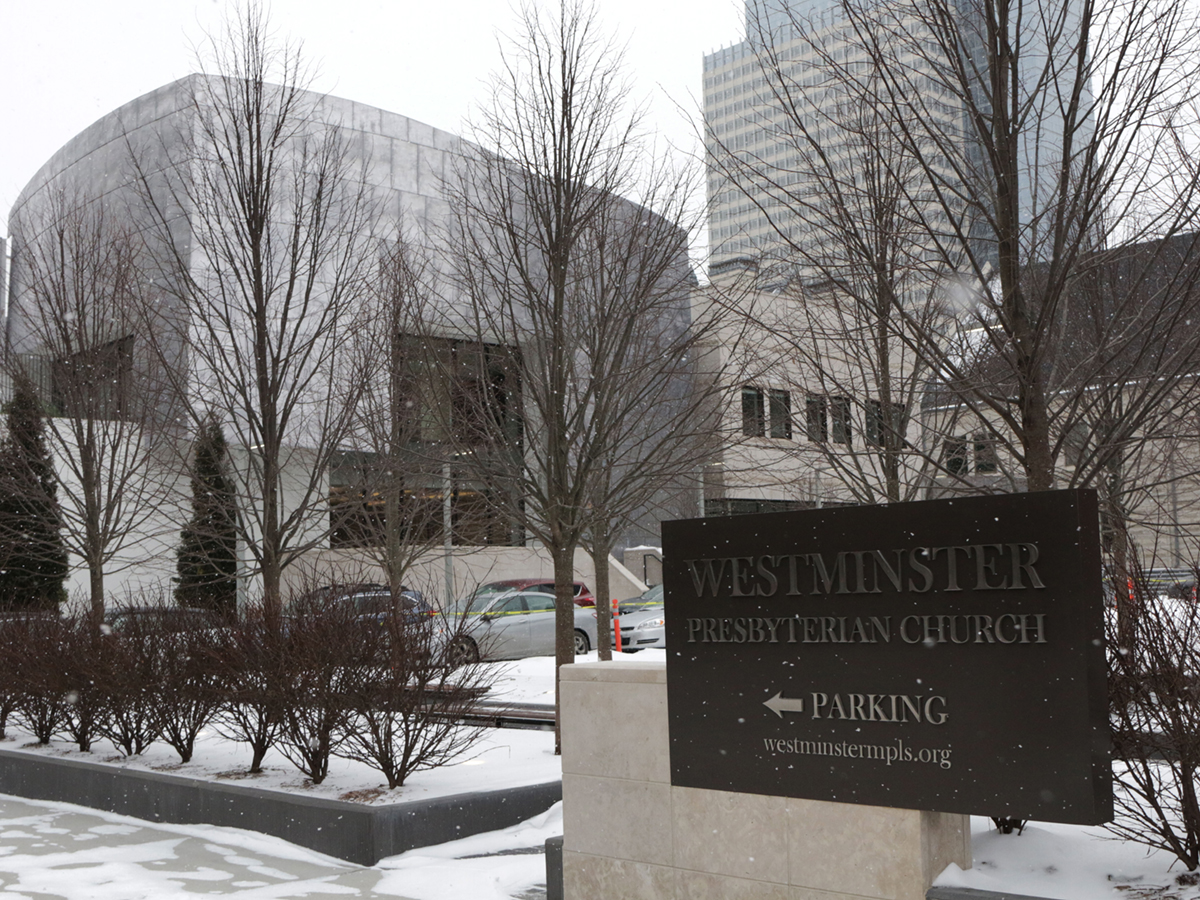 Westminster Presbyterian Church opened its spacious new wing in Minneapolis on Martin Luther King Jr. weekend, with more than 1,100 people celebrating the connection of their 121-year-old church to a new building full of sunlight and color.

But beyond the stone, wood and copper-covered lead that blend this Romanesque church with its modern addition is this congregation’s conviction: This space will serve as a ministry tool connecting them to the community.

And so it was fitting that the ribbon-cutting came as Americans paid tribute to the work of Dr. Martin Luther King Jr., who saw in all of life a sacred connectedness. The celebration was aimed not just at the edifice, but at the energy and collaboration it embodies, said pastors of Westminster and two smaller partners, Liberty and Grace-Trinity community churches in Minneapolis.

The Rev. Dr. J. Herbert Nelson II, Stated Clerk of the General Assembly of the Presbyterian Church (U.S.A.), preached about the need for the Westminster congregation of more than 3,100 people to expand beyond their new walls to build what King called a “beloved community.” 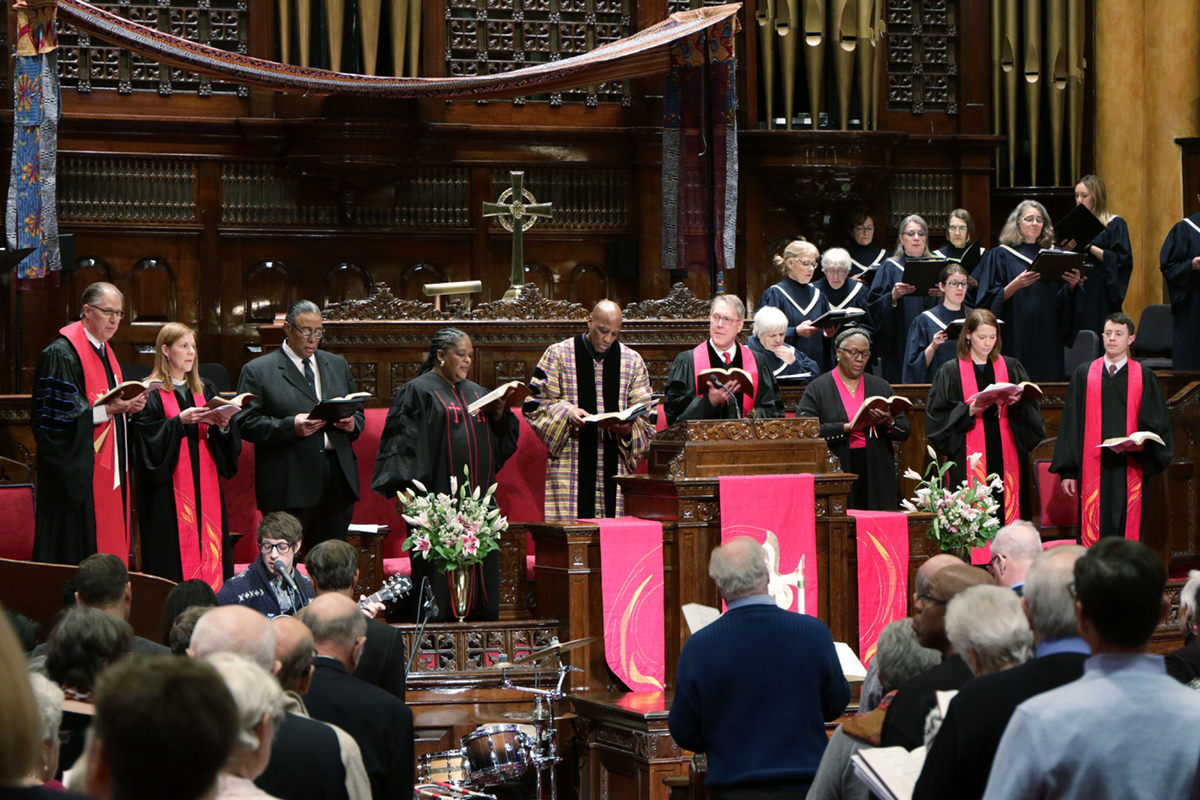 Along with King’s call for justice for all, one of society’s most persistent questions noted by the slain civil rights leader had been: “What are you doing for others?”

This congregation has provided an answer through their five-year, $81.5 million campaign, which includes $8 million for mission work. There’s new space for a clinic for special-needs kids, a community counseling center, a senior center and more in the new two-story building.

Half of the mission — about $4 million — will be used to build 150 low-income apartments in downtown Minneapolis, said the Rev. Tim Hart-Andersen.

Mission funds are also supporting the two smaller Presbyterian partner churches in Minneapolis as well as others in Cuba, Cameroon, Palestine and South Sudan, he said.

The campaign covered the $52 million construction of the 40,800-square-foot wing and a two-story underground garage, church leaders and the architect said.

The ceremonies included, in a large space called “Westminster Hall,” the world premiere of a commissioned song, I Will Make a Way, by Tom Trenney of Nebraska. It’s based on Scripture suggested by Hart-Andersen, Isaiah 43:19, which says, in part: “Behold, I will do a new thing; now it shall spring forth.”

Piano music accompanied a chorale. The backdrop was floor-to-ceiling windows looking onto Nicollet Mall as snow was falling.

Among many listening shoulder-to-shoulder in reverence was Jim Dayton, representing the fourth generation of the department store family that’s been part of Westminster since the 1800s.

Dayton said the hall is designed for acoustics and light. The African hardwood anigre was used for veneer on the ceiling, which has leaf-shaped cutouts that let sunlight through, creating dappling. The floors are walnut.

The architect said his firm, James Dayton Design, designed the new structure to go beyond the “hemmed-in” original church and be accessible, both physically and philosophically.

Hart-Andersen and Dayton said that while respecting church heritage, the new structure looks forward into the next century for this congregation.

The builder, David Mortenson and company, finished ahead of schedule and on budget. He and Dayton greeted each other excitedly amid the ceremonies. Mortenson told Dayton that more people approached him about this project than any other, with many effusive in their praise of how the vision, carried out, has transformed the city and helped the church with its outreach.

The congregation worked hard to get to the point of the ribbon-cutting, but they’re far from done with their calling to be a 21st century church, said Hart-Andersen.

“It’s ministry. It means music and worship and education, community gatherings, fellowship and mission onsite. This building is not meant to be a museum, not meant to be looked at and marveled. Yes, it’s beautiful. But it’s a tool for ministry.”

Joy Powell, Freelance Writer in the Twin Cities Area, Writer for the Synod of Lakes and Prairies

Father, please bless this new building project. Please give favor to the surrounding communities and the nation. Stir up the faith in us so that we will walk by faith and not by sight and give to this vision. In Jesus’ name, amen.