‘In the year that King Uzziah died…’

Reflections on the death of Fidel Castro 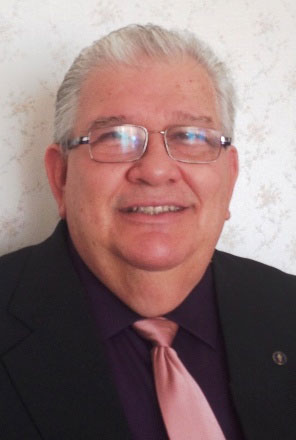 MIDLAND, Texas – The death of Cuban President Fidel Castro has had repercussions around the world, most poignantly in Cuba and Miami. The man himself divides opinions and polarizes feelings.

Since his death on November 25, 2016, there have been dozens of news stories, documentaries, and official statements and thousands of social media posts. We’ve heard sad stories from both those living in the US and in Cuba about what Castro’s death represents to them. Some hate him. Others love him. But no one can ignore him.

To those who feel the pain of loss, there is comfort in Revelation 21:4 that God “will wipe away all tears from their eyes.” The words of the prophet Isaiah also come to mind. Isaiah begins his narration of the announcement of the arrival of Emmanuel with the phrase, “In the year that King Uzziah died…”

King Uzziah is one of the most controversial characters in the Old Testament. He was loved by some and hated by others. He did many good things (2 Chronicles 26) but later became authoritarian and lost favor with God. The prophet Isaiah mentions Uzziah as a way to advance a more important announcement, the coming of Immanuel (7:10-25), who would unify his people and bring peace.

We can neither fix nor change the past, but we can work in the present toward the future. As Christians, our responsibility is to respond to the Lord as the prophet Isaiah did: “Here I am, Lord, send me” (Isaiah 6:8). Despite any personal or collective pain, frustration, or disappointment, churches have the mandate to be builders of hope. It’s not just about building a different Cuba; it’s about building a different world.

This poem is a message of hope to Cubans in the US, brothers and sisters in Cuba, hundreds of thousands of Cubans scattered around the world, and Latin American brothers and sisters everywhere. As we work toward peace and reconciliation, remember the white rose, a poem famously written by an apostle of Cuban independence Jose Marti, and lived so beautifully by our Lord Jesus Christ.

When the past happens, you do not see what happened,
if it is sown with thorns, it is harvested with pain.
But if I sow the past, with the rose of love,
and if I add hope, a future in bloom is reborn.

The Rev. Jose Luis Casal, General Missioner of Tres Rios Presbytery in West Texas, is a man with a foot in both worlds. He was born in Cuba and served as a pastor there until 1988. That experience gives him a unique perspective, and he has earned the respect of Cubans, Cuban Americans, and other Americans.

Jesus, you multiply what you have already given, and we are thankful. Help us to entrust to you all that we are and all that we have. Amen.