Finding joy in the midst of sorrow

Checkpoint, at the edge of the city, is where we disembark from the taxi with the Rev. Philip Obang, the general secretary of South Sudan Presbyterian Evangelical Church. As private and public vehicles are not allowed beyond this point, we jump on the back of “boda bodas” (motorcycle taxis) to ferry us down below, the horizon monopolized by a city of white tents. POC3 is the largest of three UN Internally Displaced Persons camps on the outskirts of the city of Juba, the capital of South Sudan. Entering the camp I ask Rev. Philip, “How many refugees are in this camp?” He gestures widely with his arms, “Thousands!”

We receive an extravagant welcome by the women’s choir that comes to escort us with song and dance, and we become quite the spectacle! Nuer United Church, a combined church of three congregations, often has upwards of 2,000 worshipers on a Sunday. Their numerous choirs and animated singing stand in stark contrast with the drab surroundings of refugee life. Here we find joy in the midst of sorrow.

Bob and Kristi Rice are escorted by the Women’s Choir of Nuer United Church in an Internally Displaced Persons camp. 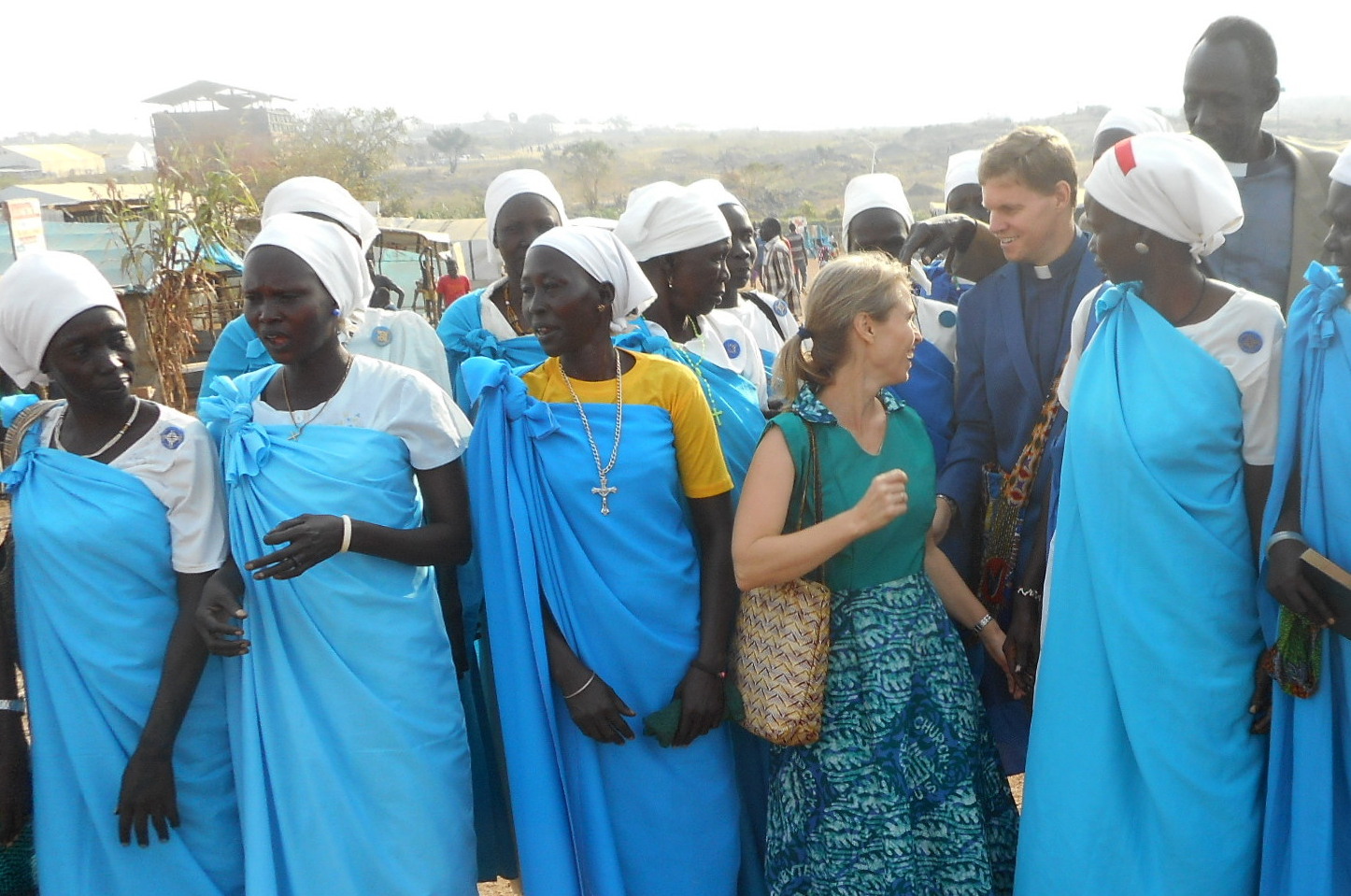 Because of the ongoing civil war in South Sudan, the refugee crisis is one of the worst in the world. With a population of 12 million, 2 million people are displaced in camps inside the country while another 1.8 million are living in refugee camps in neighboring countries. Until there is genuine peace, the situation feels grim. A large percentage of those displaced hail from the Great Upper Nile region where Presbyterians have been active for more than 100 years. As mission co-workers, we are inspired by the faith and perseverance of our South Sudanese sisters and brothers who work tirelessly to demonstrate God’s kingdom of grace, love and mercy in the midst of such hardship and pain.

Lord Jesus, most merciful, kind and loving God, you see the suffering of the South Sudanese people. Help us, the church, to be your hands and feet, reaching out with love to those in need. We pray for your shalom, and we beseech you to work through us, your people, to do miracles beyond our imagination. Amen.