One church’s Matthew 25 focus: providing health care out of a hurricane-damaged home 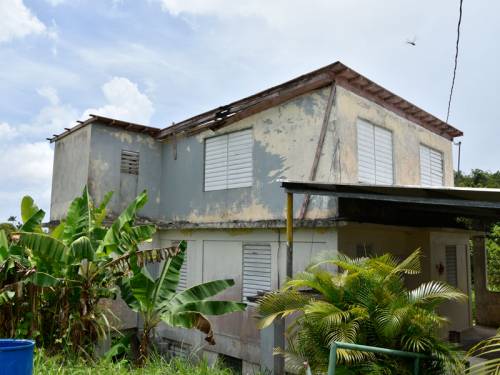 Nearly two years after the devastation of Hurricane Maria, the 36 members of the Iglesia Presbiteriana Rosa Gonzalez southwest of San Juan, Puerto Rico, have concluded that a good way to serve their Guaynabo community is through a church-provided health-care facility.

The church expects to open the refurbished home, named to honor a founding member and a longtime nurse, in late summer or early fall, said its pastor, the Rev. Raul Santiago.

The opening will follow months of rehabilitating the building, which suffered extensive damage by Maria’s winds in September 2017 and is across the street from the church. The facility, Iglesia Presbiteriana Rosa Gonzalez en Camarones, is named for Rosa Gonzalez, who was chief of nursing at a nearby hospital and cared for leprosy patients during the 1940s and ’50s.

“She was attending a Presbyterian Church in San Juan, which was a long way to go every Sunday morning,” Santiago said of Gonzalez. “She wanted a place nearby to hold weekly services, and that’s how we got started, with weekly prayer meetings. That was 44 years ago when the church officially opened, and we’ve been here since then.” 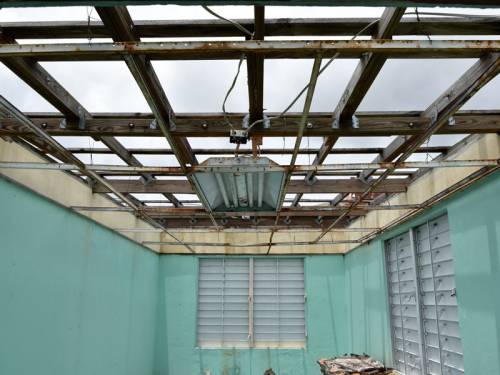 Repairs to the building that will house health services as soon as late summer are expected to run about $50,000. (Contributed photo)

Santiago, who’s also a member of the Presbyterian Mission Agency Board, said that for church members, opening a health-care center “puts preaching into action.”

“We have some members with (dementia), and some are bed-bound,” he said. “We looked at the need of the community, and we are looking forward to setting up a medical facility.”

Church leaders envision a facility staffed by nursing students who can help church members and neighbors with medications and check their blood pressure and blood sugar, among other services.

Several churches have sent teams to Puerto Rico to pitch in with repairs, Santiago said, while others have donated money and building materials to the cause. Repairs are expected to come in at about $50,000. The sanctuary roof was also damaged by Hurricane Maria, a deadly Category 5 storm from which Puerto Rico is still recovering. Those  repairs delayed the opening of the future health center.

“We have had plenty of support,” Santiago said. “We are more than happy for all the people who got involved.”

As a PMA Board member, Santiago said he’s been looking forward to accepting the Matthew 25 invitation since the day he first heard it presented by the Rev. Dr. Diane Moffett, president and executive director of the Presbyterian Mission Agency.

“We see Matthew 25 as not covering just the immediate needs a person might have,” Santiago said. “It is looking forward to something sustainable, something that connects us to the community, and I think this will do that.”

“People see Maria as a disaster, and it did destroy a lot of things,” he said. “But it also gave us a new opportunity to rebuild our country and our relations with our community, and to build relations between congregations. I think that is the spirit of Matthew 25, and that’s why I love the invitation.”

“We are more than a building, more than a beautiful sanctuary,” he added. “We are people responding to the call to serve the community.”

Gracious God grant us the wisdom as we explore new ways of serving. Though none follow your path perfectly, we know your grace goes with us on the journey. Help us to serve others along the way. Amen.