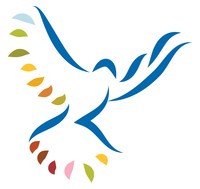 Today at 8:15 a.m., the exact time that the world’s first atomic bomb was dropped on the city of Hiroshima, Japan, in 1945, the Peace Bell at the Hiroshima Peace City Memorial Monument will ring. Residents of the city, whether at the Peace Park or elsewhere in the city, will pause for a minute to pay their respects, to pray for peace and to remember the horrors of war and of nuclear weaponry. Now, 74 years later, this moment of attention still seems like a sensible and prudent thing to do.

On a recent Sunday morning, I learned about the ancient Japanese art of kintsugi. It happened during the children’s time, when the leader held up a broken vase, a cherished family heirloom, that had been glued back together. And rather than a careful repair job that made the vase look like new, the broken places on this vase were highly visible, actually accented with what looked like raised golden paint. When you looked at this vase, you knew that it had been broken, and exactly where it had been broken. Kintsugi teaches that broken objects aren’t things to hide or throw away, but to display with awe, reverence, pride and restoration. The gold-filled cracks of a once-broken item tell a story; they are a testament to a history.

In that same worship service, a hymn that we sang had a reference note to Hiroshima Day. It explained that the text for the hymn’s refrain is known as the “World Peace Prayer,” a paraphrase of a verse from the Upanishads, the most ancient scriptures of Hinduism. It noted that since its introduction at a service in Westminster Abbey on Hiroshima Day in 1981, the prayer has been translated into numerous languages and circulated around the world.

On this day, our world needs once again to see the brokenness of Aug. 6, 1945. We need to touch the places where the world fell apart. We need to hear the toll of the bell, beckoning us to pause, remember, repent and resolve to work for peace. We need to pray. And so, we shall, with words that we repeat, words of “refrain,” from the World Peace Prayer: