The Colegio Americano, an educational ministry of the Presbyterian Church of Colombia (IPC), recently celebrated its 150th anniversary. The school, older than the National University of Colombia, began in 1869 when Presbyterian mission worker Kate MacFerren began to teach English classes to a group of 18 girls in Bogotá. 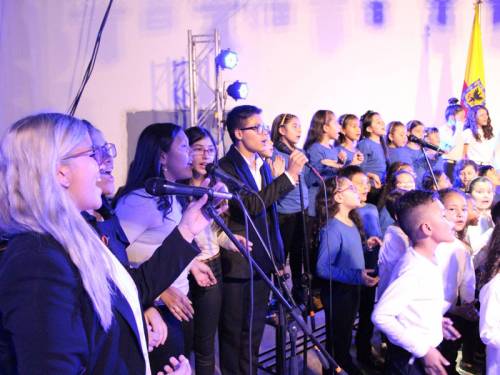 Enthusiasts for the Colegio Americano include Nobel Prize winning author Gabriel García Márquez. In his autobiography, “Living to Tell the Tale,” the author says he wanted to study at the Colegio Americano in Barranquilla, on Colombia’s northern coast, because of its commitment to open-mindedness and critical thinking, but his mother preferred that he study in a conservative, Roman Catholic institution.

Graduates of Colegio Americano include Dr. Orlando Fals Borda (1925–2008), one of Latin America’s most respected intellectuals and founder of the School of Sociology at the National University of Colombia. 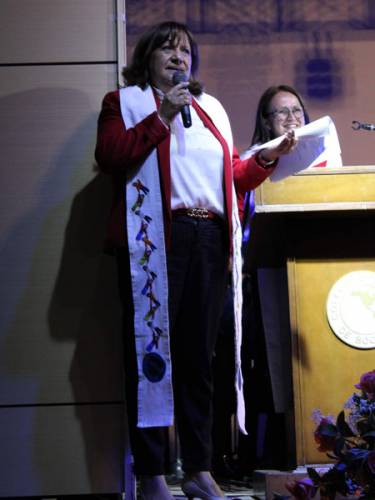 As the flagship of the 11 schools, the Colegio Americano in Bogotá is recognized by the Colombian government for academic excellence. In addition to English instruction throughout their curriculum, educators there have added classes in Portuguese. Their chaplains focus on values-based education and emotional intelligence. Through their new camp and environmental laboratory outside of Bogotá they enable students to experiment with organic gardening and understand the impact of climate change.

Nineteenth-century Protestant missionaries in Latin America and the schools they established found themselves to be de facto allies of the liberal politicians who built the region’s nation-states. The presence of both was bitterly opposed by conservative politicians and their powerful allies in the Roman Catholic Church. Commenting on this history, Colegio Americano chaplain the Rev. Martha Muñoz noted that the school has long since moved away from partisan identification with a particular ideology. Now, nourished by the Reformed tradition, the school focuses on inculcating in the students a spirit of community service, care for the environment and the promotion of peace and reconciliation.

In light of the school’s partisan past, one award at the anniversary celebration was particularly striking: Hilda Muñoz, principal of the school, was awarded a medal for educational excellence by the National Catholic Confederation of Education.

Lord, bless those who serve in your name to promote peace, reconciliation and understanding. Amen.