Rev. Arlington W. Trotman is one of 14 International Peacemakers coming to the U.S. this fall 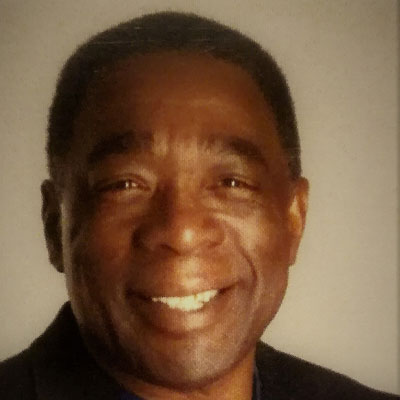 Recent controversies over migration at the United States’ southern border have been mirrored by similar fights in Europe, including England, where a surge of asylum seekers from the Syrian conflict brought the issue to a boil in 2015.

“CCME and the Churches of Europe continue to advocate for a clear, transparent and accessible system of migration in Europe based on the fundamental rights of migrants, refugees and persons seeking asylum, including family reunification, and to resist the narrow unjust and inhumane approaches apparently trending,” Trotman writes.

Trotman will be in the United States in September and October to talk about his work as one of the Presbyterian Peacemaking Program’s 14 International Peacemakers.

Trotman has a lot to share with the PC(USA) community, which he says has partnered with CCME, sharing information, contacts and publications on issues related to immigration and asylum.

In written responses to a questionnaire from the Peacemaking Program, Trotman says he will be speaking about his and his organizations’ work addressing racism and its outcomes, including discrimination and violence, living in a multicultural society, the shifting European ecclesiological landscape, consequences of religious discrimination, inclusive churches and related topics.

Trotman himself is an immigrant, born and raised in Barbados and immigrating to the United Kingdom in 1970 as part of the Windrush Generation, immigrants who came from Caribbean countries between 1948 and 1971. Trotman writes that under British colonial rule, he received only an elementary education in Barbados, but saw his life as a Christian transformed after he arrived in England when he was 17.

He enrolled in college and eventually became a Methodist minister, though many of his most prominent posts have been with ecumenical organizations.

A transformative event in his life was the 1993 murder of an 18-year-old architectural student who was black. He was stabbed to death at a bus stop by five assailants who were white. Police failed to arrest and prosecute the assailants, despite having most of the evidence within a week of the crime. In 1997, then-Prime Minister Tony Blair ordered an investigation into the murder. It found the public and private organizations involved were “institutionally racist.”

“The law was changed significantly affecting all sections of society,” wrote Trotman, who facilitated a conference that coincided with the release of the report.

These days, Trotman sees challenges to the racial progress in England and Europe in the growth of overt racism as part of the migration crisis and Brexit, Britain’s controversial decision to leave the European Union.

Coming to the United States as a Peacemaker, Trotman writes, “I am keen as a representative of CCME to share aspects of CCME’s 50-plus years of work on the issues and our experiences with colleagues and friends of the PC; but I am also keen to learn from the International Peace Programme and to reflect this learning through my Church and organization. We stand in solidarity together in the field of peace making with you, and I look forward to meeting new persons in the debates and discussion with ultimate outcomes for a future of a more peaceful existence.”

God of steadfast hope, plant in us the call to justice for all. We pray for the people in their homelands and everywhere. Join our hands and hearts to theirs in the work for a just peace and human rights. In the name of Christ our Redeemer we pray. Amen.