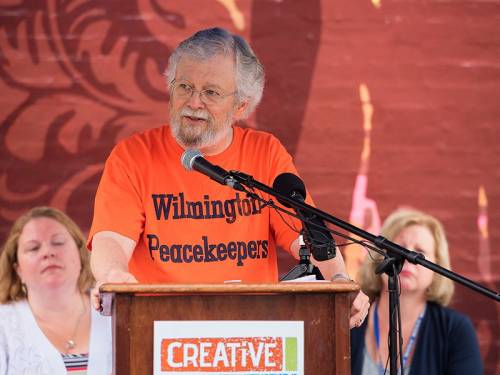 The Rev. Tom Davis, a commissioned interfaith peacemaker in New Castle Presbytery, is president and founder of the Interfaith Veterans’ Workgroup, launched in 2015. Courtesy of Tom Davis

Why are 20 veterans a day taking their own lives? That’s the question the Rev. Tom Davis has been asking since August 2015, when a magazine cover on veteran’s suicides grabbed his attention. After all, he thought, aren’t these the same men and women who fought so hard to stay alive during active duty, as Davis did during his combat service in Vietnam?

Davis is a retired Presbyterian pastor and commissioned interfaith peacemaker in New Castle Presbytery, which serves congregations in Delaware and eastern Maryland. He worships on half his Sundays with a congregation he used to pastor, Hanover Street Presbyterian Church in Wilmington, and the other half in a service of silence at the Wilmington Friends Meeting House. It was during a Quaker worship service there that he felt a strong prompting to do everything he could to stop the epidemic of veteran suicide.

“During the refreshments hour, I went around asking friends if they would join me in seeing what we could do about this terrible problem,” Davis said. They readily agreed to help. One thing led to another and later that year Davis founded the Interfaith Veterans’ Workgroup (IVW), a nonprofit that helps returning veterans acclimate to civilian life. Startup funds for IVW were provided by New Castle Presbytery, Presbyterian Church of the Covenant in Wilmington and individual donors.

The IVW relies on a variety of interfaith spiritual resources and nonclinical interest groups to encourage returning veterans to use their warrior wisdom for peacemaking, especially making peace in their own souls. IVW currently has about 60 members, primarily from the Vietnam War era and recent wars. Membership also includes civilians. IVW’s interest groups focus on writing, hiking, photography, prison ministries and more. 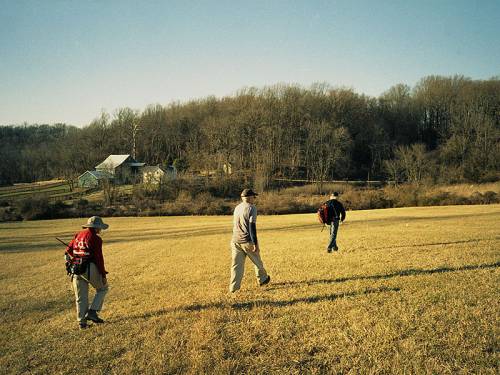 All IVW programs and interest groups aim to support the healing of returning veterans through activities that promote nonjudgmental listening, community outreach and camaraderie with family members, other veterans, community partners and interfaith friends.

One of the IVW workgroups is helping veterans cope with stress and other issues through meditation, including mindfulness-based stress reduction (MBSR). A group of IVW members who completed an eight-week MBSR course through the U.S. Department of Veterans Affairs now meets weekly to meditate and discuss techniques and insights for coping with concerns such as chronic pain, sleep issues and depression.

A VA study published in “Military Behavioral Health” in 2016 found that veterans who practiced mindful meditation reported a 23 to 42 percent reduction in intensity of chronic pain.

“When they come back, generally warriors don’t talk,” Davis said. “They figure they wouldn’t be understood. They might be condemned for things they did, because making war is nasty. It’s not like in the movies. It doesn’t feel heroic. It just feels awful. So, that’s what makes one wise in a kind of hard way. So, warriors carry that wisdom, but then, most of the time, it’s not put to good use. All those stories are bottled up.”

Davis has begun visiting a 95-year-old U.S. Navy Seabee veteran of World War II who volunteered as a clown for many years after retiring.

“His mind is very sharp, and he is a joy to visit,” Davis said. “In his case, I don’t think he has this load of shame and guilt, but there are cases like that. So, a veteran is about ready to die and he’s carrying this terrible burden. He’s never been able to tell anybody about it. Then if he speaks to another veteran before dying, he’s able to die in peace.”

Davis said faith communities can do two simple things to help returning veterans: Ask veterans to share their experiences in the service and listen to them without judgment.

“It doesn’t matter where they served or what they did,” Davis said. “You honor them and show you’re interested by giving them a chance to talk about their experience.

“And, if church people can listen to stories that exhibit the breadth of human experience and behavior without judging, then the gulf between veterans and civilians can be bridged.”

O God, your Spirit broke into the world through Jesus Christ. Through our ministries, may we dare believe that your Spirit continues to break into difficult times and lives. May hope continue to grow in our churches and in our world. Through Christ, we pray. Amen.