Christmas Joy Offering — support our leaders: past, present and future.

You may be startled to learn that 25 percent of children under 6 now live in poverty. Their families lack sufficient income to meet basic needs for nourishment, clothing, shelter, health care and stable family life. As alarming as this statistic is, what is even worse is the fact that poverty is the greatest threat to the healthy development of children and its long-lasting, negative consequences: inadequate quality and quantity of food, exposure to violence, underfunded schools and lack of early childhood educational opportunities, frequent housing mobility, and exposure to pollution and other health risks.

In a developed society such as ours in the U.S., poverty also means a lack of access to social goods such as education that are essential for employment, as well as other measures of dignity, freedom and participation in communal life.

Why do we speak of systemic poverty?

There are structures in our society that all but guarantee that people living in poverty will stay that way. Systemic poverty refers to the economic exploitation of people who are poor through laws, policies, practices and systems that perpetuate their impoverished status.

Poverty is complex and overlaps with many other social ills and oppressive structures in our society.

The theology behind eradicating systemic poverty

As Reformed Christians, Presbyterians believe that government is God’s agent when it comes to the providential care of people. We also believe that creation is entrusted to our care. A crucial part of our worship and mission is to stand together for the common good.

The PC(USA) is guided by policies of the General Assembly. The guidelines for developing social witness policy are based on Scripture, the Book of Confessions, social and natural scientific analysis, and the voices of those often unheard or discriminated against.

The General Assembly has spoken many times about poverty. GA statements are very instructive when it comes to suggesting places for communities of faith to roll up their sleeves and become a living translation of Jesus Christ:

Acute poverty has many causes. It is in part a consequence of each country’s history, such as colonial exploitation, sometimes compounded by domestic ethnic rivalry and the failure of unifying national leadership. Even where adequate resources are potentially available to satisfy basic needs, such factors as corruption, political instability, tyrannical governments, economic mismanagement, control of economic resources by elite minorities, excessive military expenditures, ethnic conflicts, civil wars, high population growth, poor education, and cultural customs such as the subordination of women, have contributed significantly to impoverishment. — “Hope for a Global Future,” 208th General Assembly (1996)

We Presbyterians evaluate any economic system not simply on the basis of the material goods and services it provides, but especially on the basis of its human consequences: what it is doing to, with and for people, particularly the most vulnerable among us. In our tradition, economic behavior, like all behavior, must be subject to moral scrutiny. For this reason, the church must speak to the present economic crisis, to the devastation it has brought, and to the hope to which we bear witness: that, in Christ, a more just order is arising. — “Living Through Economic Crisis,” 219th General Assembly (2010)

Scriptures for study and reflection

How do we eradicate systemic poverty?

Follow Matthew 25 in the PC(USA):
A bold vision and invitation 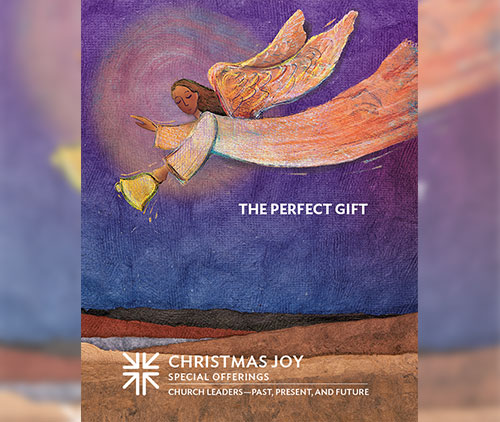 In Jesus, we receive the perfect gift of God being with us. Supporting the Christmas Joy Offering reflects that perfect gift by being with the leaders of our church and world — past, present and future — in their time of need.