The sisterhood of the traveling stole

“We’re all looking for bread for the journey,” said the Rev. Keatan King, associate pastor at St. Philip Presbyterian Church in Houston. “CREDO gives you that.”

King was among 16 women at the CREDO conference for recently ordained pastors held in September in Canton, North Carolina.

The conferences “are intended to be relational, and this conference certainly was,” said the Rev. Dr. José Irizarry, vice president of education for the Board of Pensions, CREDO’s sponsor.

Presbyterian CREDO conferences are known throughout the Church for providing opportunities for personal renewal and growth while also alleviating the isolation and loneliness that clergy sometimes feel. CREDO promotes deep and meaningful relationships among pastors who attend a conference together. Recently ordained pastors attend two seven-day conferences a year apart. 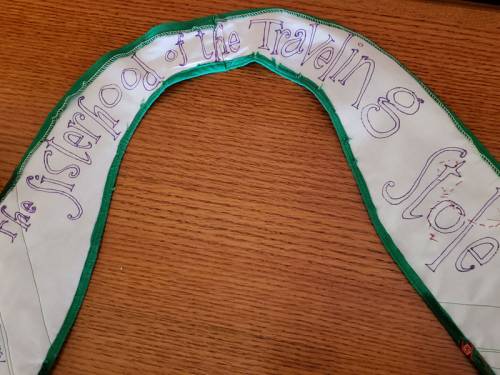 Fifty-five percent of the Canton group was female, and in the crucible of their second year of CREDO together they forged what they call a sisterhood. Inspired by the book “The Sisterhood of the Traveling Pants,” they created a stole to travel from one pastor to the next, each wearing it like an embrace. After her turn wearing the stole, the pastor would write a blessing, in permanent marker, on the reverse side before sending it on.

“After the deaths of two people — giants in the community — whose funerals affected me deeply, I received the stole,” said the Rev. Hannah McIntyre, associate pastor at The Presbyterian Church of Danville, Kentucky. “I sat down and read all the messages. When I put the stole on, something flooded over me. I knew my sisters in faith were with me.”

Such deep bonds of friendship and caring arise when people share their inmost thoughts, feelings and experiences. The safe space of CREDO encourages the honest conversations that build those bonds.

At the Canton CREDO, the 29 participants were asked to split into two groups: solo and head pastors over here; associate pastors over there. As they sorted themselves by role, the pastors were startled to see that they were also dividing by gender. All but five of the solo and senior pastors were male; all but one of the associate pastors was female. Of the five women in the solo and senior pastor group, two were interim pastors and two were part-time solo pastors. Since the entire cohort had been ordained in the previous five years, their skills and experience were comparable.

“It was a kind of sobering moment,” said the Rev. Tricia Petraven, transitional pastor at Seville Presbyterian Church in Seville, Ohio. “It was very uncomfortable, but that moment also brought us together,” she said of the female pastors, who used their group time, and free time, to talk, share stories and unpack their feelings.

After the pastors shared feelings of loneliness, anger and grief, moments of healing began. 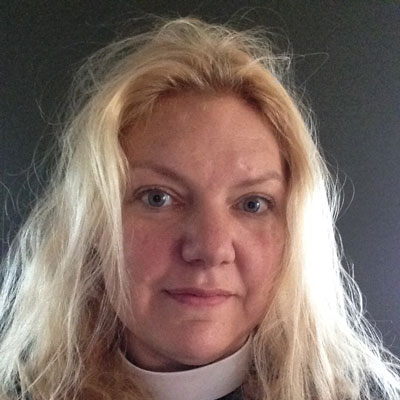 The pastors asked themselves how they could best support one another, and they decided to express their love in a tangible way. King suggested they make a stole and pass it among themselves when they went back to their home churches.

Petraven had read “The Sisterhood of the Traveling Pants” and loved the idea. As soon as she got home, Petraven sewed the stole “in what seemed like record time,” Walters said. She added a sign-up sheet to the group’s private Facebook page and encouraged the Canton CREDO pastors to sign up to receive the stole and share other kinds of support.

“Tricia is a genius at creative work,” King said. “She attached a friendship bracelet that Katy had made at CREDO, placing it so it sits over the heart when we wear the stole.”

Petraven, Walters and King were the first to wear the stole and sign their blessings on the back. “I felt magically uplifted when I wore it,” Walters said.

The caring and healing the women experienced at CREDO is renewed when each pastor receives the traveling stole. “Having that support system means a lot to me,” said the Rev. Ridgley Beckett Joyner, associate pastor at St. John’s Presbyterian Church in Devon, Pennsylvania. “These women truly inspire me.”

Lord, you have called us to bring your good news to all. Help us to minister faithfully in our congregations, neighborhoods and municipalities so that your love may be known and your church may be strengthened. Amen.