Preaching the gospel in a secularized society 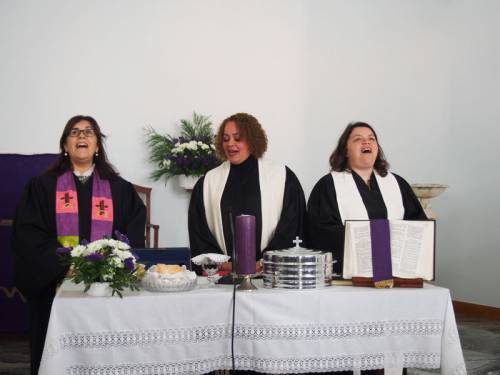 The Presbyterian Church of Portugal (IEPP), the oldest Protestant church in the country, traces its history to 1838, when a physician and missionary from Scotland opened a small hospital and a school and began to preach the gospel on the Portuguese island of Madeira. Soon persecution began in the predominantly Catholic country, and most members of the IEPP had to flee.

Today the IEPP shares the gospel in a highly secularized society. The church’s social programs transform people’s lives. The IEPP’s voice brings hope in a material and wall-building world.

Through the church, the hungry are fed and given dignity and a chance in life. Eyes of the marginalized are opened to new horizons and new opportunities. For children and youth, this can happen at summer camp. For a woman filled with anxiety, it can happen at a women’s meeting. People know they are being heard, seen, recognized and treated as precious human beings. Care goes beyond charity through lives lived in community, sharing bread and broken lives, and together being transformed by the gospel.

The IEPP is grateful for the three-way mission partnership, now in its third year, that was established with the PC(USA) and the United Presbyterian Church of Brazil. Building this partnership has resulted in the sending of the Rev. Cacilene Nobre as a mission worker from Brazil to Portugal, through the support of all three churches. Nobre has been able to provide training for women and pastoral accompaniment for migrants and refugees.

Years of recession and financial crisis resulted in the migration of many Portuguese parents to other countries to find work. In many cases, these parents left their children behind to be cared for by grandparents or other family members. When the financial crisis began in 2010, the IEPP still had young people in the church. But the majority have migrated to Northern Europe, Africa, Asia and Australia to find jobs. This has had a crippling impact on the ability of the church to develop a new generation of young professional leadership. 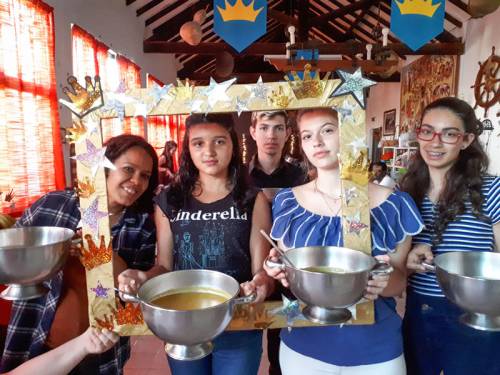 The economic gap between poor and rich in Portugal is one of the largest in Europe, with nearly half a million children living in poverty. One of the IEPP’s focus areas is helping children, families and older adults who are living in poverty and struggling to function. Despite being a small church, the IEPP has an active network of camps, conference centers and social service agencies that collaborate with local government authorities to provide these services to the vulnerable — especially children, women and people who are elderly.

The organization helps pay for nursery school for poor families. It offers music lessons and tutoring for children who are struggling with the national school curriculum. It’s started an empowerment program for women, because increasing numbers of them are the heads of their families. In rural areas, impoverished women and girls often have attained only low levels of education. They often experience discrimination, domestic violence and oppression. When IEPP needs funds for a project, it goes to the local markets and sells cakes, sweet wine, jam, books, arts and crafts. It finds partnerships and holds raffles. It organizes rallies and meals — all because IEPP knows that work done in the Lord is not in vain. A delegation, including the Rev. José Luis Casal, then-director of Presbyterian World Mission; the Rev. Valdir França, World Mission area coordinator for Latin America and the Caribbean; and the Rev. Philip Woods, World Mission associate director for strategy, program and recruitment, recently visited the IEPP to explore how World Mission might assist in developing a trilateral partnership, building on the links the IEPP already has with the United Presbyterian Church of Brazil.

“I praise the Lord for always finding good ways for us to be a universal church in mission,” França said. “I am looking forward to seeing these multilateral relationships play out.”

God of all peoples and places, we thank you for the spirit of courage that you grant to us so that we might join our voices in pursuit of a world where people come before profits. Amen.