She helped indigenous people find their story in God’s word 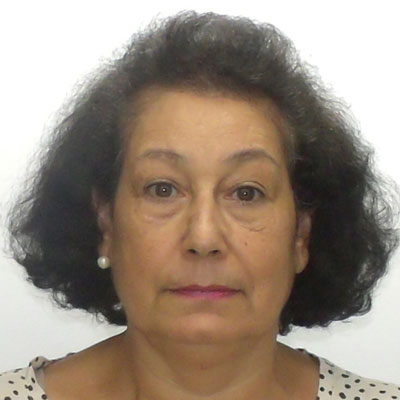 Alba Rosten is one of 15 International Peacemakers who will travel to communities across the U.S. this fall.

Conversion stories are usually told about the moment people accepted their faith. But Alba Rostan’s story is about the experience that deepened her faith in God.

It was 1984, and Rostan had been working for five years as a nurse at Hogar Sarandí, a church-sponsored center for people living with disability in Uruguay, when she went to spend 10 days with the United Board of Missions in the Chaco region of Argentina. There, she served the indigenous Qom people, also known as Toba.

“At the Mission, I came to understand in a new way that the Gospel calls us to serve those in need with humility, respect and love,” Rostan wrote. “I was exposed to extreme poverty, to communities that had been completely abandoned by the State; Qom communities whose worldview, language, understanding of education, traditional economic system and community organization were completely different from Western culture.

“I returned to Uruguay certain that I would return to the Chaco and serve with this mission.”

This September and October, Rostan will be one of 15 International Peacemakers traveling to communities across the United States to share their experiences under the auspices of the Presbyterian Peacemaking Program.

Asked what she will be telling people about, she refers to her biography, which culminated in her current role as an administrator on the United Board of Missions.

“I began my work as a nurse at the maternity clinic of the Dr. Cicchetti Medical Ministry,” Rostan wrote. “After only two months I had been called to attend the birth of a Qom woman on my own, under a tree — not what I had learned in nursing school. My head was filled with the contradictions between my training and the need to improvise to respond to this woman’s immediate needs.

“It was a first lesson in unlearning what was superfluous in my formal training and discerning what was truly important. I learned to question what I had always thought was essential. In extreme circumstances, I learned to discover the values of the Gospel. I learned the value of humility and that the other person — coming from such a different lived experience — had much to teach me.

“This became a way of life, and this is why I ended up dedicating my whole life to mission service.”

The Qom are one of the largest indigenous groups in Argentina but have suffered in the aftermath of Spanish colonialism. According to Rostan, the Qom live as second-class citizens in the eyes of the Argentine government. She says the government imposes programs on the community with little regard to its language or culture, making services difficult to obtain.

A big part of her work has been teaching empowerment to advocate for changes in public policy.

Rostan says the Presbyterian Church (U.S.A.) has supported the United Board of Missions through Church World Service and that it has regular, direct communication with Presbyterian World Mission through Dennis Smith, the regional liaison for South America.

As her career comes to a close, Rostan wrote that coming to the United States as a Peacemaker “is an excellent opportunity for me to share how your partners in Uruguay and Argentina are participating in God’s mission.”

One key initiative that helped strengthen the faith of the community was a program teaching people, from pastors to lay leaders, to look at the Bible through the lens of their own culture. Colonial missionaries had taught the Qom that they needed to abandon their culture and traditions to follow God. Through this new teaching, they were able to see their own struggle in the stories such as the Israelites’ exodus from Egypt and search for the Promised Land.

“How hard to find words for the deep emotion born of the understanding that the Bible brings a message of liberation and that the stories we find there are so similar to the daily lived reality of the Qom people,” Rostan wrote. “I asked myself why I was here, walking alongside these people, and what role our Mission was called to fulfill. I learned that we were called to accompany, advise, support — and walk together on God’s road to a full and just life.”

King of the universe, you see the faithful deeds of your servants. Bless the work of their hands. We trust in you, Lord of hosts, friend of the lowly. We bless your mighty name. Amen.