A little church with a big heart for mission 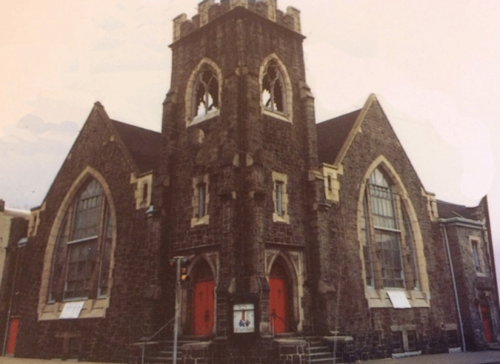 Bethel Presbyterian Church in Philadelphia is an African American congregation of about 45 members that’s doing the work of a congregation 10 times its size. Bethel is described as a little church with a big heart for mission. The congregation accepted the Matthew 25 invitation in 2019, but it was already doing the work the gospel requires.

Grace Marable, who leads the Matthew 25 effort at Bethel, says initially the congregation’s focus was just going to be the poverty, “but it sort of all worked together,” she said. “We’re doing the Bible Study. It’s helping us with the vitality of the church members.” She says conversations and interactions with other people and congregations led Bethel to start addressing systemic racism. “So, I think we’re doing a little bit of all three.”

Building congregational vitality by challenging people and congregations to deepen their faith and get actively and joyfully engaged with their community and the world.

Dismantling structural racism by advocating and acting to break down the systems, practices and thinking that underlie discrimination, bias, prejudice and oppression of people of color.

Eradicating systemic poverty by working to change laws, policies, plans and structures in our society that perpetuate economic exploitation of people who are poor.

Marable says that the Bible Study is helping members of their congregation to see and better understand what the Bible says about the times we’re in. “You can tell younger people what’s going on now is all in the Bible,” she said. “This has happened before … so, as we go through and we study the Scriptures and apply them with different things going on now, it helps to deepen our understanding, open up our minds.”

Every week members of Bethel provide meals for the community around the church in the North Philly neighborhood. According to Marable, the area has a high poverty rate, a large number of people with addictions, a high unemployment rate and many individuals with mental health problems. Bethel members and friends feed about 300 individuals every month.

“We have a weekly feeding program,” said Marable. “Every Thursday, we do food bags for the community and every other Saturday we do a community meal where we feed anyone who wants a meal. We prepare a nutritional meal because some of the people can’t get the food on Thursday since they don’t have access to a house to take it to. They don’t have anywhere to cook the food because some of them are homeless. On Saturday, they get a chance to come and get a nutritional meal, a full-course meal.”

Members also make sure seniors who are homebound are taken care of as well. “We deliver meals to seniors who can’t get out and we deliver a monthly food box to them as well,” said Marable, who’s led the program for a decade. “We were working on the hunger program before we became a Matthew 25 church.”

The devastation of the pandemic did not stop Bethel from feeding those in need. When asked how they managed to provide meals with the restrictions of the COVID-19 pandemic, Marable said, “Everything we did inside the church we brought it outside. The food bags and the meals, we gave out clothing to the community, we even put out racks of clothes on the pavement that people could come and go through. We did the coat drive outside. People had everything outside.

“So, it was no excuse. Because the building was closed there was no reason we couldn’t continue to do mission.”

Another aspect of meeting the community’s need was Bethel’s prayer box. The congregation would put the prayer box outside on a table every week. When individuals came for their food, volunteers would ask if they had a prayer request.

“People put their names on it mostly, but they put whatever was in their heart,” Marable said. “When we go to prayer service on Thursday night, someone goes through that box, and we lift up their prayers. This is saying to them, ‘The door is locked, but God is still listening. He’s sending us here to help you.’ So that’s been awesome.”

Triune God, help us, rejoicing in your providential love, to exercise the same generosity with others that you share with us. Empower us to let go of the few loaves and fishes that we possess so that other hungry people can be fed, too. Then open our eyes to the miracles that follow. In Christ. Amen.