‘We shouldn’t sit back and wait for folks to come’

The Rev. Dr. R. Drew Smith of Pittsburgh Theological Seminary shares ideas on how churches can be more welcoming to their low-income neighbors 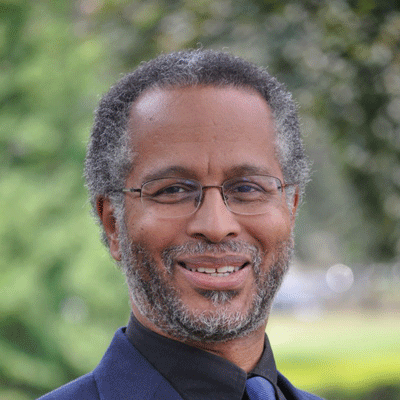 Who are the “nones,” the more than 50% of the U.S. population who told Gallup pollsters in 2020 they no longer belong to a church, synagogue or mosque?

A look at the data, the Rev. Dr. R. Drew Smith said during the recent “Leading Theologically” broadcast via Facebook Live, shows that about 30% of those who indicate they have no formal religious affiliation make $30,000 or less annually and have a high school education or less.

Over the past two decades, Smith told the Rev. Dr. Lee Hinson-Hasty, the percentage of churchgoers earning $25,000 or less declined from 20% of attendees two decades ago to about 10% now.

Why are those who struggle to make ends meet staying away from places of worship? Smith studied that very issue about 20 years ago in the communities of Indianapolis; Denver; Hartford, Connecticut; and Camden, New Jersey, in neighborhoods with large percentages of unemployed or underemployed people with a place of worship nearby. He went door to door asking people, “Are you a member of a faith community?” Two-thirds said they weren’t. “Have you been inside a place of worship more than once in the last year?” Again, about 2 in 3 said they hadn’t.

Smith then asked why they weren’t involved in a faith community, and the answers were more sociological than theological: “I don’t have the right clothes” or “I don’t know anyone there” or “I don’t understand what takes place there.”

“Those are cultural issues. They are deep-seated issues,” Smith told Hinson-Hasty. “Poverty is different now than it was 50 years ago.”

It’s now a generational problem, Smith said. As detailed by the work of sociologist Dr. William Julius Wilson, the past couple of generations “have lived into this growing isolation and concentration of poverty,” Smith said. Many middle-class people have been leaving urban Black neighborhoods, which are as a result becoming less close-knit and more isolated, Smith said.

The bottom line for churches: “We shouldn’t sit back and wait for folks to come or think we can tweak things a little bit to make church more accessible to the urban poor,” Smith said. “I think we need to get outside the church, listen, observe and enter into solidarity, inhabit the space in ways that show we are true allies, and then craft more boutique ministries around that relationality.”

Examples of those boutique outreach efforts are ministries that include arts and crafts and recreational opportunities, Smith said. It can also mean entering into public policy and cultural activism alliances, he said. “Be all things to all people, as Paul said,” Smith advised.

“It is beautiful and joyful but hard work,” Hinson-Hasty said.

Asked to pray to draw their time together to a close, Smith thanked God for “all the opportunities you have given us to get to know you and to serve you and your people. … Bless the ministries to which you’ve called us. … Let us all learn together what it is you’ve called us to do in such a time as this.”

Today’s Focus: Being a welcoming congregation