Blessings abound when supporting one another 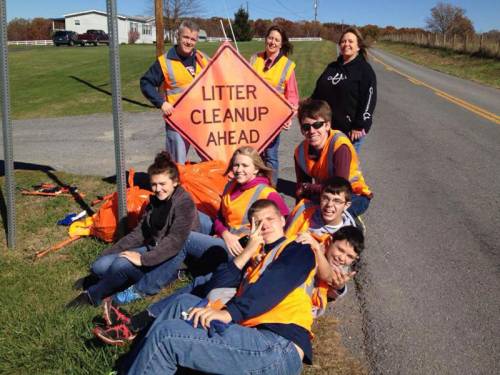 “It was such a great fit with so much of what we were already doing at the church,” said Terri McDougal, an elder at First Dunbar. But with the COVID-19 pandemic that followed a year later, many churches like First Dunbar felt the brunt of it, having to halt missions due to limited gathering protocols, curbing momentum for programs in a time when they were needed most. The church, though, continued to do the best it could with the limitations it had.

A year later, First Dunbar’s Matthew 25 committee was asked to lead a workshop at a presbytery meeting. There, other congregations reached out to First Dunbar for additional details. Among them were Bream Memorial Presbyterian and Clifton Presbyterian. The friendship among the three churches that soon formed, no one saw coming.

“We had started considering about whether or not to become a Matthew 25 congregation,” said the Rev. Dawn Adamy, the pastor at Bream Memorial. “We thought it would be a great thing to learn from them (First Dunbar) and their experience. We talked about the things we could do together to be faithful to our Matthew 25 commitments.”

Bream Memorial and First Dunbar are five miles apart, but Clifton Presbyterian is more than 100 miles away in Maxwelton, West Virginia. In spite of the distance, Clifton Presbyterian, which calls itself the “country cousins” in the group, has stayed connected with Bream Memorial and First Dunbar via Zoom. As pandemic restrictions lifted, it held a potluck gathering on its church property, giving everyone a chance to finally meet face-to-face. “At first, it was a meeting, but now, it’s like a gathering of friends,” said Suzy Meadows, an elder at Clifton Presbyterian. “This bond probably would not have formed had it not been for the pandemic.”

The churches meet at least monthly by video conferencing on Zoom to discuss ideas and share stories about their own individual Matthew 25 ministries. One story from First Dunbar is its clothing ministry. During the winter, there were nearly 300 coats on outdoor racks taken by the community. At Bream Memorial, the Matthew 25 invitation has given the congregation — which did a family movie night with a neighboring, predominantly Black congregation — a renewed calling to be part of dismantling racism, participating in rallies and reading books such as “Waking Up White.”

Clifton Presbyterian is instrumental in food distribution for its area, helping with a food bank and being part of a rotating meal preparation program where it prepares 60 meals that are delivered to shut-ins on a regular basis. “Our church is aging, and we wanted to find something to bring spirit back into the congregation. Matthew 25 made the things we were already doing make sense. It helped bring some life back into our congregation,” said Meadows.

The newly formed relationship among the congregations has given them all a renewed enthusiasm to be the church. “We draw a lot of energy from each other,” said Adamy.

Meadows hopes the trio of churches continues even after things return closer to pre-pandemic times. “It’s like a track meet. You run faster and do better when you have someone with you, inspiring you. It’s been a blessing from God,” she said.

McDougal agrees. “We look at our three-church collaboration from Matthew 25 as a silver lining of the pandemic.”

Lord, strengthen, guide and bless us as we labor together to bring your love to those who need it most. We thank you for those who serve. May their obedient efforts continue to bear fruit in the lives of many. In your name we pray. Amen.