Among people of color, Native Americans are tops in getting vaccinated against the coronavirus 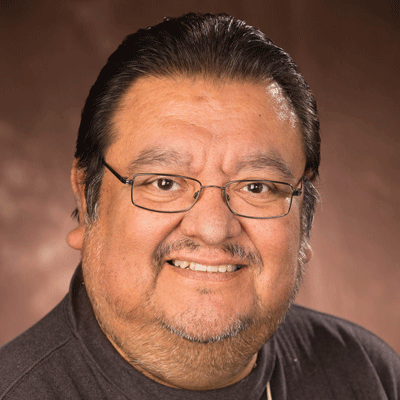 COVID-19 has ravaged the Navajo Nation, killing Native Americans at a faster rate than any other community in the country. According to a report published in early 2021, Native Americans have been disproportionately affected by the coronavirus pandemic — especially on reservations, where access to basic resources, including food and water, can be limited.

The Associated Press reported that through “early education campaigns, an emergency declaration, and other safety precautions,” tribes including the San Carlos Apache Tribe went from one-third of its on-reservation population being infected to a new case rate of less than 1% per week.

While the vaccine rate has fluctuated in other parts of the country, tribes have been quick to get their elders vaccinated, protecting valuable cultural and linguistic knowledge among a vulnerable population. Tribes throughout Indian Country have worked closely with the Indian Health Service (IHS) to ensure vaccinations for as many Indigenous people as possible.

The IHS is an operating division within the U.S. Department of Health and Human Services. The organization is responsible for providing direct medical and public health services to members of federally recognized Native American tribes and Alaska Native people.

But what about urban Native Americans who live away from the reservation? A report issued by the Urban Indian Health Commission states that nearly seven out of every 10 American Indians and Alaska Natives — 2.8 million — live in or near cities, and that number is growing. Some urban Indians are members of the 562 federally recognized tribes and are thus entitled to certain federal health-care benefits. But the bulk of these services are provided only on reservations, making access difficult for those living in cities. Others are members of the 109 tribes that the government “terminated” in the 1950s. Without this federally recognized status, members of these tribes do not qualify for federal Indian health aid provided by the IHS or tribally run hospitals and clinics.

The report further stated that today’s urban Indians are mostly the products of failed federal government policies that facilitated the urbanization of Indians. The lack of sufficient aid to assure success with this transition has placed them at greater health risk, according to the report.

To ensure that those who are not served by the IHS can also receive services, Central Presbyterian Church in Phoenix is partnering with an organization called Native Health. The Rev. Martha Sadongei, who currently serves as the stated supply pastor at Central Presbyterian, said, “We have been providing space for Native Health. We allow them the use of our courtyard patio and our parking lot.”

“Initially it was for vaccines when they would have walk-up vaccine clinics on the weekends,” she said. “Their facilities did not offer the space for registering, to have the vaccine station and then have the waiting area, while social distancing. So, they asked us if we would give them permission to use our facilities in that way. We said, ‘Of course.’ We will do anything we can to get people vaccinated and encourage everyone to say, ‘If you’re not vaccinated, come down here to the church.’”

The Rev. Irv Porter, Associate for Native American Intercultural Congregational Support, points out that “while many of our congregations may not be involved in the day-to-day work of providing places for vaccinations, they do urge tribal members to get vaccinated for the safety and health of the community they reside in.”

“The IHS provides the vaccines and the testing on Indian reservations and most often need larger structures for these services, which our congregations often do not have,” Porter said.

Even still, “the outpouring of support from throughout the country has enabled some of these 97 congregations to help their communities with food boxes during this pandemic,” Porter said.

Teach us to be faithful, O Lord, in hearing your call day by day and in responding with heartfelt obedience, that we may help establish your kingdom in every heart, within each community and all around the world. Amen.