The good old days weren’t good for everyone 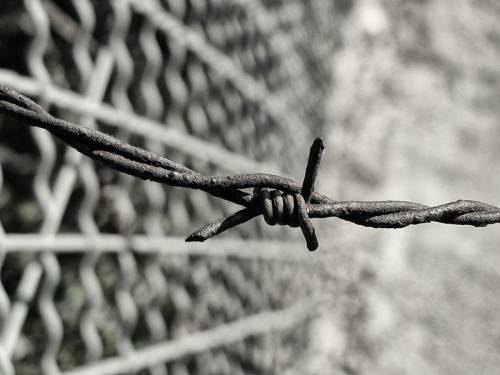 The older we get, the more we begin to think, “My memory isn’t what it used to be.” With each successive decade, we seem to remember less, and less accurately, than we used to. Sometimes we look back and see what we want to see, rather than what really happened. We see this in Numbers 11.

The Israelites are in the thick of 40 years of wandering toward the Promised Land. The persnickety pilgrims look back on what they remember as an incredible buffet from before their journey began: fish, cucumbers, melons and leeks. Except, of course, they aren’t remembering everything just as it was. They seem to forget that the King of Egypt enslaved them. They don’t remember the order given to the midwives to kill all the baby boys. Somehow making bricks in the blazing desert sun had faded away. As Moses listened to them, he probably thought, “Their memory is definitely not what it used to be.”

The Numbers passage goes on to describe how God answers Moses’ call for help, and how the Holy Spirit empowers the elders to keep the tribe moving forward. But let’s stay in the first few verses of Numbers 11, with the Israelites’ faulty memory, since it has some connection to our own faulty memories today.

The Israelites want to return to the good old days, which in reality were not as good as they remember. Sometimes we who are white in America are seduced into this same impulse. Maybe like me, other white readers look back to earlier times when racial division seemed so much less prominent in our country. I was not old enough to be aware of the struggles over race in the 1960s and early 1970s. By the 1980s, my high school and college days, I don’t really remember much attention being paid to race. In fact, I don’t really remember learning about racial disparities until I went to work at our national church headquarters a decade ago. Maybe like me, you who are white remember the “good old days” when racial justice was not front and center as it is now.

But our memory is not what it used to be. I feel quite certain Black, Indigenous and People of Color who read this column are wondering what country I’m describing. After all, in the 1980s I was part of a fraternity giving demeaning racist pledge names to our Black pledges. The decade of the ’90s saw injustices such as the Black and Latino teens called “Central Park Five” who were unjustly found guilty of assault, a conviction vacated in 2002. The first decade of the 2000s saw marked progress in our national leadership, but also found Islamophobia skyrocketing after Sept. 11, 2001.

These brief examples, out of many others that could be recounted, jolt us to remember more fully that the “good old days” were not as good as we might remember. Needless to say, older readers would be able to describe memory mismatches in the decades before the ones I remember myself. For instance, many of us have only now heard of and are learning about the 1921 Tulsa Race Massacre, where hundreds of Black people were killed and an entire section of the city was destroyed. We don’t remember it because the story was quashed for decades afterward. Maybe like me, you are only now learning more about Juneteenth, our newest national holiday, so that we can remember better what it means to be liberated from oppression. Presbyterians Today spotlighted Juneteenth in a 2020 story that can be accessed at presbyterianmission.org/story/pt-0520-juneteenth.

Our memory may not be what it used to be, but the remainder of our Scripture passage gives us hope. Moses prays, “If only the Lord would put the Spirit on all God’s people!” The Holy Spirit has come to all of us, equipping us to live faithful lives, and, yes, sharpening our collective memories. Even more importantly, the Spirit’s clarifying power shows us the world as it is, not as we wish it were. As the Spirit comes on us, we are empowered to pursue racial justice, so that increasingly these become the good old days for all of God’s people.

Chip Hardwick, transitional synod executive of the Synod of the Covenant, which includes presbyteries in Michigan and Ohio

Almighty God, giver of all good gifts, bless our efforts to provide to the people of this world. Through these efforts, may more of your children know the abundant life that Christ came to bring us. Amen.