Baptism is a wonderful promise

God will be with us through all 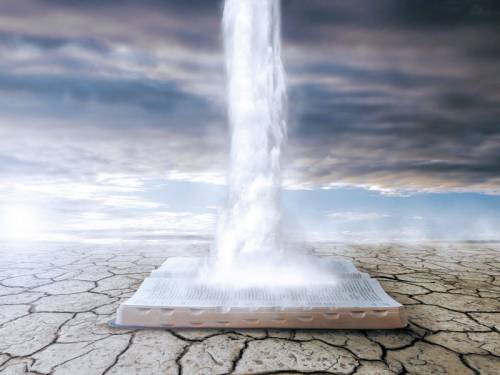 Contrary to the prayer for the “Reaffirmation of Baptismal Covenant for a Congregation” in the 1993 Book of Common Worship, which begins with “Eternal and gracious God, we remember before you the promises made to your people from the foundation of the world and sealed in the living waters of your grace,” when I think about the meaning of baptism, I scan the biblical narrative not for stories about water, but for stories about God’s promise.

The most significant thing to notice about God’s promise, theologian Robert Jenson says, is that “it poses a future in a very particular way: as gift. All the rest of our communication, various as it is, shares one common character: It poses a future not as a gift but as an obligation.”

We say things like, “If you do such-and-such, then such-and-such will happen.” But God alone promises in the opposite way. God says, “Because I will do such-and-such, you may await such-and-such. My promise makes the past depend on the future, for it grants a future free from the past.” The church acts out this sort of promise in the sacrament of baptism.

So far, so good, except for the fact that the life of the baptized often looks, to all the world, exactly like the life of the unbaptized. Concerning our part of the promise post-baptism, we live as though death still had dominion over us. Concerning God’s part of the promise post-baptism, God apparently continues to make the sun rise on the evil and on the good and sends rain on the righteous and on the unrighteous. What, then, is God’s promise good for?

Listen to the promise God makes in Isaiah 43:2 to exiles who are beginning to believe in God’s absence. The promise is not that they will be spared deep waters, nor is God’s promise a promise of protection against fire and flame, for that would be a false promise. Rather, God promises not “if” but “when you pass through the waters, I will be with you; and through the rivers, they shall not overwhelm you; when you walk through fire you shall not be burned, and the flame shall not consume you.”

Christian ethicist Paul Lehmann says the difference “is that the church lives as the people who know that the victory has been won [that death has been defeated]. The world lives on as if nothing had happened. The church realizes that the powers which militate against God’s [promises] are under control. The world lives on as if these powers were still able to shape the ultimate destiny of [mortals]. The difference between believers and unbelievers is not defined by church membership … the difference is a matter of [behaving with] confidence and hope as against anxiety and despair.”

How does it happen that God’s promise comes to make this sort of difference in the lives of God’s children? Jesus Christ is how it happens.

God sent God’s Son, God’s only Son, God’s Beloved into the waters of baptism and finally onto a cross to keep God’s promise to be with us. In him, God accompanies us as we venture into this world of anxiety and despair and life-threatening viruses as a people of confidence and hope. In him, God commands us to behave with love’s abandon rather than with fearful calculation.

Cynthia Jarvis retired in October 2019 after 45 years of active ministry in the PC(USA), 23 of those years as minister and head of staff of The Presbyterian Church of Chestnut Hill in Philadelphia. Jarvis divides her time living in Pennsylvania and Maine with her Scottish Terrier, Phoebe. She also continues to work on a book of personal theological essays whose muse is the 15th-century Dominican preacher and painter Fra Angelico.

Gracious God, we thank you for witness and ministry. We ask that you give us courage and strength to respond in word and deed to all those who are in need. In Jesus’ name we pray. Amen.