Praying intimately, with expectation and power 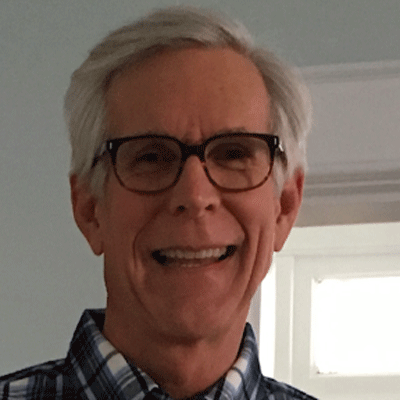 As he began to talk exclusively with unchurched people, Dr. Tom Bagley heard the same thing again and again from people who were spiritually curious about God and faith: They wanted nothing to do with the church because of its hypocrisy, judgmentalism and exclusivity.

“People spoke about the brokenness they’d feel after dealing with church,” Bagley said. “Which is about us, our lifestyle and how we’re [not] living out what we are talking about.”

During that time, Bagley, who was starting a new worshiping community after leading an established PC(USA) congregation for 18 years, realized churches could no longer wait for people to come to them.

“If we’re ever going to bring perspective to the Christian church and its message, we need to go where people are,” he said. “With an alternative, distinct way of living that is all about our habits and practices.”

This is why Bagley, who is now a church revitalization and evangelism consultant and pastor of a small Presbyterian congregation in Normandy, Tennessee, chose to write about prayer in the 8 Habits of Evangelism resource produced by Theology, Formation & Evangelism ministries.

During an online discussion recently, Bagley said that a work by Alan Kreider, which focused on the distinctive habits of Christians in the early church, changed his life.

“The early Christian communities grew by leaps and bounds,” Bagley said. “There was a radical welcome for diversity of people.  They were not just teaching beliefs about Jesus but practicing the things Jesus taught.”

As he reflected on the Book of Acts and its stories of the early Christians loving their enemies and showing generosity by taking care of everyone including the poor, Bagley made observations about their prayer habits.

“I saw intimacy, how they related to God as Jesus did,” Bagley said. “Concerned about everyone and everything, they prayed for courage to stand up to systemic persecution.”

They also had expectations that they were going to see God’s activity, which gave him pause. “How often do we pray and forget about it, with expectation that God would do something?” he asked.

The early church also prayed with power, which Bagley said was the Holy Spirit magnified when they prayed.

The congregation Bagley serves as a part-time pastor had no online presence until the pandemic, which he says helped the church to begin to look outward. Members and friends began to see new ways of God’s activity through people yearning for justice and dignity.

Now every Sunday, people who live even a block from the church join them for online worship.

“We had no idea they had spiritual yearnings, or that they were hungry for God,” Bagley said. “They’ll probably never come inside to church. But now, people who drive in and out of this neighborhood for church have an incredible connection.”

“Because how can you and I live like Jesus?” he asked. “The only way is through prayer. That’s when you begin to see where God is at work, active in our neighbors, our coworkers, our communities — in the world.”

Normandy Presbyterian Church has started the practice of prayer walking in the neighborhood around the church. One day Bagley and a congregant met someone suffering from neck pain.  They asked if they could pray for him, which they did. Calling it a good thing, Bagley said they came back later to see how he was doing.

The man’s physical situation hadn’t changed, but here’s what he said to them: “I haven’t known people in the church in a really long time.  But it means so much to me that you care and are interested enough in me to check on me.”

“I believe that’s how it happens, how people get cured,” Bagley said.

Bagley hopes Presbyterians will take these practices of prayer, along with other the habits of evangelism, and begin to practice them in a regular and disciplined way, with more intentionality.

For if we pray with intimacy, expectation and power, Bagley said he’s convinced the world will notice and be drawn to Jesus, and to the communities that follow Jesus.

Lord, thank you for making us participants in your work. Please allow us to come together to share in your plans for Creation and to place your plans above our own. Keep us in your love and grace. Amen.