Speaking the truth in love

The Apostle Paul was good at it. We should give it a try as well, Synod School preacher says 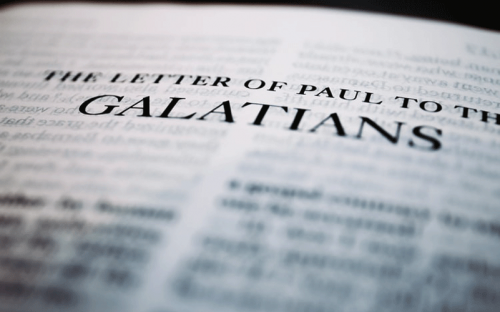 Photo by James Coleman via Unsplash

One good way to live out its embodiment is for the church to speak the truth in love.

The Rev. Samuel Son, the Presbyterian Mission Agency’s Manager of Diversity and Reconciliation, told Synod School attendees that speaking the truth in love can dispel myths, “which you and I are addicted to.”

“We love myths that tell us we are pretty good — very good — righteous people,” Son said. “All nations have myths,” and one that was traditionally important in this country is that land-owning white males were “the most important human beings.” In the pre-amended U.S. Constitution, they were the only ones who could vote.

Then Son wondered: “Has the church spoken truth in love, or has it perpetuated the myth?”

Paul certainly did. “He called out Peter in public,” in his letter to the church at Galatia, Son said. Paul’s calling out of Cephas — Peter — concludes with these words: “If you, though a Jew, live like a Gentile and not like a Jew, how can you compel the Gentiles to live like Jews?”

“Sometimes, you have to call out lies in public,” Son said, “because the lies are spoken in public.”

We don’t know Peter’s response, because it’s Paul who’s telling the story, Son pointed out, “but I think Peter received it well.” In his second letter, Peter does have this to say about Paul: “So also our beloved brother Paul wrote to you according to the wisdom given him, speaking of this as he does in all his letters. There are some things in them hard to understand, which the ignorant and unstable twist to their own destruction, as they do the other scriptures.”

Maybe the reason Peter didn’t do that is that he was used to being called out, Son said. “He said, ‘I’ll never betray you, Jesus,’” but Jesus tells Peter he’ll betray him three times before the morning of his crucifixion.

“Getting called out can be a good thing,” Son said. The question is, how will you respond when you are called out?

“How comfortable are you with this message?” Son asked. “If you aren’t comfortable, that’s good. What will you do with it? Maybe the best thing to do is let go of the myth.”

Son told the story of the March day shortly after the murder of eight people in the Atlanta metro area, six of whom were Asian Americans. He and his son were out walking their dog when the boy asked his father, “What did we do wrong?”

“I said, ‘You did nothing wrong. We are in a place in our history when we tend to blame people who look different,’” Son said. “To anyone here hurting if somebody made you feel like you are wrong for your education level, your body shape, your language, culture, age or whatever, there is nothing wrong with you.”

“Friends, we have been called. Let us call lies out. Speak the truth with great love. Tell them they are beloved of God. Amen.”

God of all people, we ask for your blessings in our communities and around the world. Awaken all of us to your service that with confidence and compassion we might seek justice, spark revival and ignite a movement together for the renewal of our communities. Amen.