International Peacemaker to share the latest on the Syrian refugee crisis 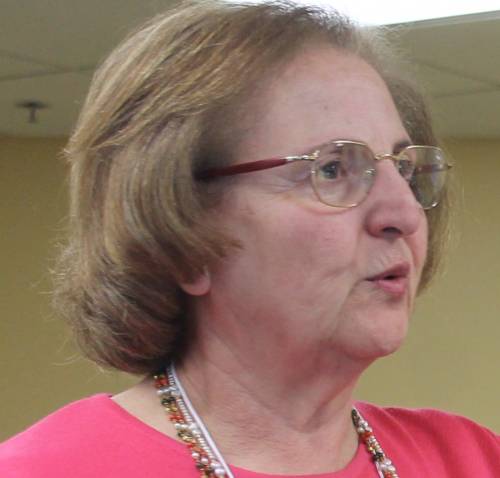 Mary Mikhael is a familiar face in Presbyterian circles. For years, she has met with churches, synods and seminaries about the ongoing crisis in Syria. This fall, she returns to the U.S. once again as an International Peacemaker.

Mikhael is the first woman to become president of a seminary in the Middle East. From 1994 to 2011, she was president of Near East School of Theology in Beirut, Lebanon. Since that time, she has worked to improve the lives of Syria’s displaced and refugees.

“Our major service in Lebanon is to educate children from the camps, to rescue them from getting lost on the streets and being exploited,” she said. “We face many challenges due to the violence, wars, killing and destruction.”

Mikhael’s current role requires her to serve as the communicator with partner churches in the U.S. and Europe, and she has become a sought-after lecturer and writer of numerous articles on theology and the role of women in the church.

Since the Syrian conflict began in 2011, more than 350,000 people have died and 11 million have been forced to leave their homes. Many families relocated to Lebanon, and Mikhael has responded to the refugee crisis through advocacy and humanitarian aid.

“The children live in muddy camps or on the streets, begging for food, money, anything,” she said. “We want to rescue as many children as we can. It is impossible to serve all of the children because it is beyond our capacity and imagination.”

In the last few years, Mikhael says, she’s noticed that the children they serve are eating better and are happier. “We provide food baskets, medicine, clothes, hygiene products and we help with rent,” she said. “Many prefer to live in simple homes or rooms instead of the camps.”

Mikhael is one of 10 International Peacemakers visiting the U.S. as part of the Presbyterian Peacemaking Program. They will be speaking in churches, seminaries and other gatherings between Sept. 21 and Oct. 15.

Dear Lord, shower your mercy upon those fleeing war and other acts of violence, and show us how to be instruments of your peace. In Jesus’ name we pray. Amen.