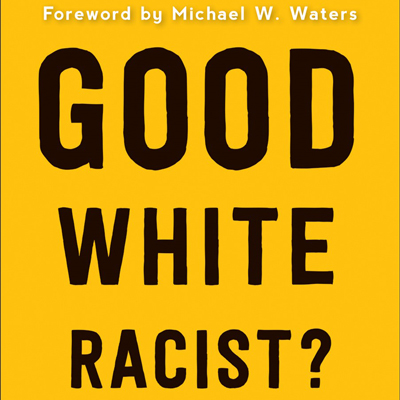 There is a significant difference between being born “white” and “whiteness,” according to author Kerry Connelly, and she discussed that and other white supremacy concepts during a recent webinar presented by the Presbyterian Outlook and sponsored by the Presbyterian Publishing Corporation.

“Being born white is not a sin; there is nothing wrong with the way God made us. We are inherently beautiful as creations of God,” said Connelly. “Whiteness, on the other hand, is a social construct that has been designed to perpetuate a specific power dynamic that empowers some and disempowers others.”

Connelly, author of “Good White Racist? Confronting Your Role in Racial Injustice,” spoke about how white leaders and congregations can deconstruct whiteness and other systems of dominance in order to begin the work of antiracism in their communities.

“The tricky part is that white people embody both constructs [white and whiteness] but must be able to understand that we can be both good but still hold this thing in us that we need to practice agency over and we need to resist this dominant identity,” she said.

During her hourlong presentation, Connelly discussed a few key unhelpful racial attitudes, focusing on guilt, defensiveness and color-blindness. Guilt often leads to avoidance while defensiveness perpetuates racism and harms real people. The concept of color-blindness allows white people to feel moral while maintaining the immorality of racism, according to Connelly.

More helpful attitudes to counter those three include being aware; being willing to stay in the room and listen, instead of being defensive; and being open to “radical difference” instead of insisting on sameness.

“We can practice opening up to what God might show us,” said Connelly. “I believe that in opening up to radical difference, we become exposed to aspects of God that we may have never been able to see otherwise.”

Connelly, who in addition to being an author is a speaker, life coach, podcast host and divinity student, believes the role of white people in antiracism work is — as she phrases it — “companioning others” in the journey. First and foremost, she says, the work needs to start from within. In addition, one must realize that antiracism work is a marathon, not a sprint.

“The sad, uncomfortable truth is that we will probably not see racism eradicated in our lifetime,” said Connelly. “In this Instagram world, we often feel like, ‘Just tell me what I have to do to not be a racist anymore and I’ll do it.’ But it doesn’t work that way; this is a lifelong journey we’re embarking on, and our job is to look behind us and companion other people to work toward their racial awakening.”

Connelly provided guidance for churches looking to honestly assess their antiracism work by focusing on the following internal dynamics and answering some key questions:

Connelly cautioned that predominantly white churches need not fall back on the diversity “checkbox” to begin antiracism work.

“Diversity is not always the answer. Sometimes diversity is an invitation to assimilate, and assimilation essentially means to come and act as white as possible,” said Connelly. “That’s not necessarily healthy to the Black, Indigenous and people of color community. I’m not promoting segregation; it’s OK if you’re a mostly white church as long as you’re an antiracist church.”

To view a replay of the webinar, and gain access to other antiracism resources and a study guide, go to the Presbyterian Outlook resource page here.

Holy God, whose Spirit brings unity of purpose to people of faith from widely different backgrounds, bless the work of congregations in equipping us for Christian witness and service. In Christ’s name. Amen.