Pastor, professor, and singer the Rev. Dr. Derrick McQueen talks about the arc of worship 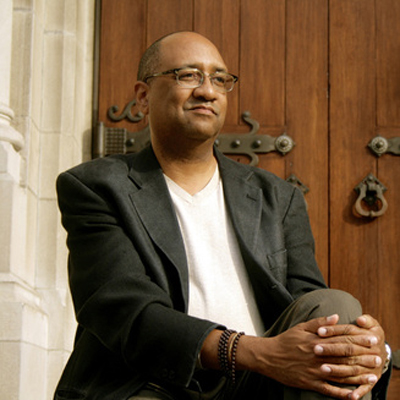 “We may be physically distant,” the Rev. Dr. Derrick McQueen said at the opening of a recent Facebook Live appearance  with the Rev. Dr. Lee Hinson-Hasty, “but we’re always spiritually close.”

McQueen, pastor of historic St. James Presbyterian Church in Harlem in the City of New York and the associate director of the Center on African American Religion, Sexual Politics & Social Justice at Columbia University who teaches New Testament, worship and homiletics at Union Theological Seminary as well, was the guest of Hinson-Hasty, senior director of Theological Education Funds Development for the Committee on Theological Education of the Presbyterian Foundation.

Asked by Hinson-Hasty what brings him life and joy these days, McQueen discussed his recent work with a Jewish congregation as a ritual leader. In the weeks before and throughout High Holy Days, McQueen was teaching a nine-week series on ritual that took participants from separation to reparation and, finally, embrace.

Putting the course together and then sharing it helped him further understand “what it means to celebrate atonement,” McQueen said. “Sometimes we talk about it in our belief systems, but we don’t take time to give it that sense of awe. … It’s not just, ‘I’m sorry and I ask for forgiveness.’ We claim God’s grace and ask how God is asking us to make a difference in the world.”

“That,” McQueen told Hinson-Hasty with a smile, “is what’s bringing me life.”

The Facebook Live discussion topic was “Liturgical Arc of Worship in a Pandemic,” which made McQueen think back a couple of years when he was teaching a seminary class on worship. Even during the pandemic as worship is held online, the service should be designed to allow worshipers plenty of points of entry during the arc of the worship experience, he said. “Maybe it’s the call to confession,” he said. “Maybe the assurance of pardon is what I need to hear on this particular Sunday.”

At St. James Presbyterian Church, every prayer is immediately followed by a song or hymn. “It’s very important to think about those moments and how they’re connected,” McQueen said.

He recalled his time serving First Presbyterian Church of the City of Cape May in New Jersey, a church with two services each Sunday — one contemporary, one traditional. McQueen said he used to scan the congregation, searching for signs of “an encounter with the divine.” Most often he saw it during what he called “Coffee Hour Magic”: that time between services when the two worshiping bodies would come together and discuss, among other things, what moves them during worship. “That space is respected and not judged,” he said.

He’s taken to offering an online Bible study every Monday during which participants study the lectionary passages for the coming Sunday. “Those conversations very often write my sermons,” he told Hinson-Hasty. “I see how the service needs to be molded to address the needs.”

The sharing of prayer concerns during worship “is an opportunity for us as a local community and world community to address the secret things in our hearts,” McQueen said. He said he tries not to be political when praying on behalf of those assembled, “but I think about the politics that are going on, about how we react to our politics and how that diminishes us. That speaks to the hurt and pain of some of the rhetoric we are hearing, regardless of where it’s coming from.” After times of confession and prayer, “the exhale of the congregation echoes in the church building and online,” he said.

“Brothers and sisters, family and friends: You have been blessed by your engagement in caring for each other’s souls and spirits by engaging in liturgy,” McQueen said when Hinson-Hasty asked him to offer a benediction. “Go from this space and take what you have been blessed with. Share it with an open heart and an open mind. In doing so, know that the Spirit will find ways for you to take care of yourselves — even in isolation, because as you give to God, it will be given to you.”

O God, your Creation tells of your sovereignty and gives you glory at all times and places. Show us how to continually offer ourselves and all that we are to you. Let our hands, feet, and voices be like those of Jesus taking good news to the ends of the earth. Amen.