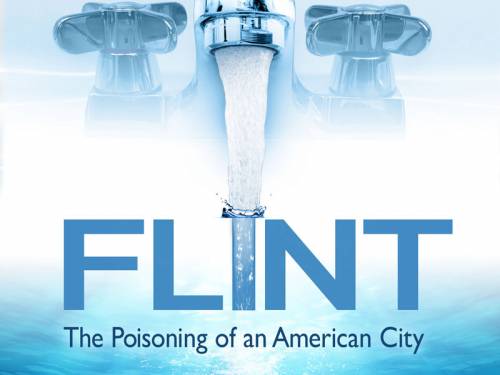 The riveting documentary “Flint: The Poisoning of an American City” has come to your neighborhood. In fact, you can watch it right from the comfort of your own home — thanks to streaming services and cable television providers.

The documentary, which had its world premiere on the big screen last September, is now available through Amazon Prime, Google Play, Apple and Roku, as well as through the video on-demand services of many major cable providers.

The crisis, fueled by industrial pollution, aging infrastructure and poor decision-making by government officials, led to more than 100,000 people being poisoned by lead, a substance that can cause brain and kidney damage, among other issues, at high levels.

“The seeds for it were actually sown over a hundred years of environmental abuse/contamination, infrastructure decline and systems that privileged some and marginalized others due to race and class,” the film’s writer and director, David Barnhart, noted. “It is critical for us, as citizens and a society, both to understand what has happened in Flint through this lens and to examine how we can live differently in our own cities and work together to reimagine, repair and restore.”

The film, which was recently screened in the Dallas area as part of the Denton Black Film Festival and which received a glowing review on Medium, was produced by PDA’s Story Productions ministry as an educational resource and catalyst for community engagement.

“We hope this film inspires people to advocate for clean water everywhere and encourages people to investigate their own water sources,” said Cameron Stevens, an associate for Constituency Relations for PDA.

Through its release across various platforms, the film has the potential to reach 60 million homes, Barnhart said. He also would like to see churches, presbyteries and others organize and host screenings, reflections and dialogue around systemic racism and water justice issues.

“Films focused on environmental issues rarely make it outside the bubble of film festival theaters and environmental advocates’ inner circles. This must change,” Barnhart said. “By bringing these urgent water justice issues to a community level, we can build local and national networks, ready to engage. We will work with community partners to channel this energy into action, while reframing and radically changing people’s hearts and minds about the value of water.”

For more information about the film, go to pcusa.org/storyproductions. If you are planning a screening for a group and would like some additional resources, you also can email pda@pcusa.org.

To help support the work of Presbyterian Disaster Assistance, consider giving to One Great Hour of Sharing. PDA is part of the Presbyterian Mission Agency’s Compassion, Peace & Justice ministry.

Lord of life and history, accompany us from day to day in hard work, prayer and perseverance to spread the kingdom of God. Bless this new community of faith as they witness to the community through word and social action. In Jesus’ name, amen.