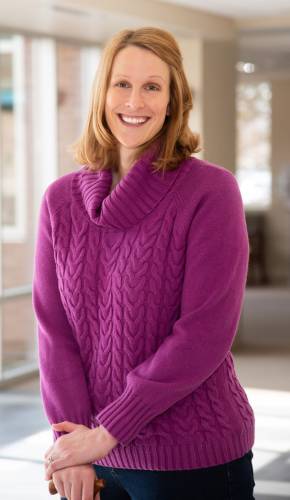 Early in 2019, a crop of strange, new signs started springing up everywhere across the yards and businesses of rural, predominantly white Macomb, Illinois, like so many cornstalks in Iowa’s neighboring fields.

As a direct result of the racial tensions that rose to the surface in Macomb during that time, which culminated in Thomas’ resignation, the city’s mayor and WIU’s new interim president organized a committee called Move Macomb Forward, designed to address structural racism in the community.

Throughout the planning, development, and implementation of all of First Presbyterian’s anti-racism initiatives, finding available funding was never a concern. The cost of the original series of workshops was fully covered by First Church’s Peace & Global Witness Offering, 25% of which is retained by the local church for its own ministries of peace and reconciliation.

Gracious God, give us humble hearts so that we can recognize the gifts of others and encourage the use of those gifts for the building up of your church and for the fulfillment of your mission. In Jesus’ name. Amen.